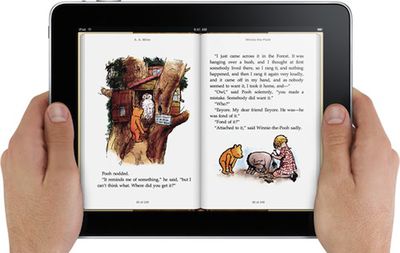 Earlier today, Apple announced the launch of the iPad in nine new countries later this month: Australia, Canada, France, Germany, Italy, Japan, Spain, Switzerland and the UK. As noted by iLounge, Apple is also rolling out its iBooks iPad application and associated iBookstore in many of these countries at launch.

The iBookstore was announced as a U.S.-only feature during the iPad's introduction in late January, although evidence soon surfaced that Apple was making plans to extend it internationally. Apple also announced last month that it will be bringing iBooks and the iBookstore to the iPhone and iPod touch with iPhone OS 4 later this year.

Update: Apple has now posted its French press release, which confirms that iBooks and the iBookstore will be appearing there as well.