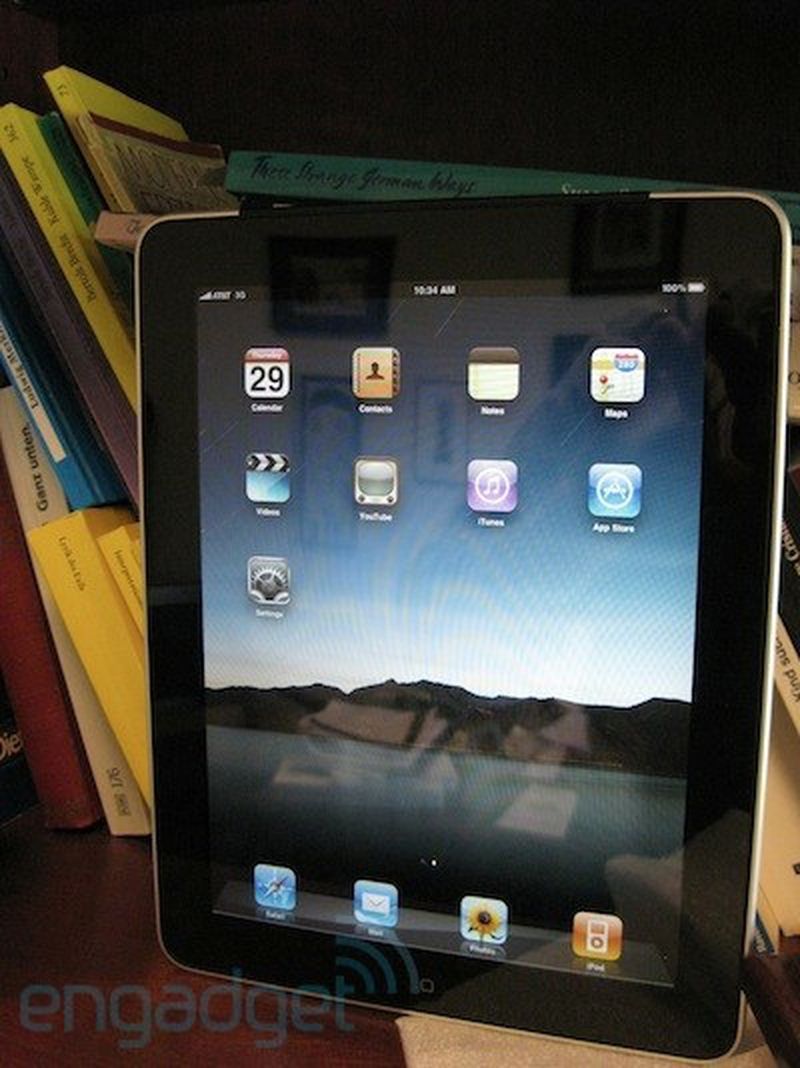 Engadget reports that despite Apple's plans for iPad Wi-Fi + 3G pre-orders to be delivered tomorrow in the U.S., at least one lucky customer has had their shipment slip through the cracks and be delivered a day early.

While no details on hidden differences between the 3G and Wi-Fi-only versions have been noted, the one image posted is clearly of a 3G-capable model as distinguished by the black plastic strip visible along the top edge (to allow for cellular signal access) and the status bar noting a connnection to AT&T's 3G network.