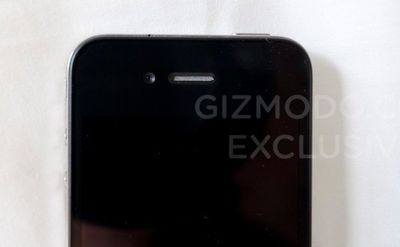 It should be obvious by now that Apple is planning on integrating a front-facing camera in its next-generation iPhone. The natural use for such a feature is video conferencing. Apple has had numerous references to the unannounced feature in its past iPhone firmware releases, and iPhone 4 SDK Beta 2 is no different.

Apple, however, is becoming less shy about the feature with a new set of status/error strings that have been found detailing various video conferencing states. Interesting to see is that it appears iPhones will have to be registered for video conferencing.


ACCOUNT_NOT_REGISTERED_MESSAGE = "This device has not been registered for video conferencing.";

We're not sure if that is significant or not, but many had hoped that video conferencing would be allowed over 3G networks.

Finally, it appears Apple will be integrating the Video Conferencing feature with its new Game Center. It appears players may be able to chat or coordinate calls with fellow Game Center participants. Several status messages relate to Apple's social gaming system: