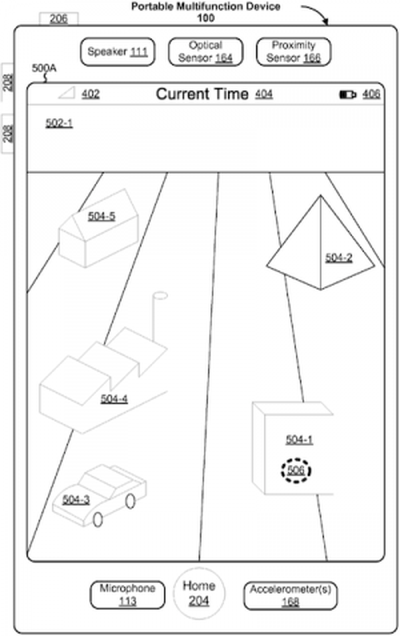 The Baltimore Sun yesterday dug up a relatively recent patent application from Apple describing the manipulation of three-dimensional images on a variety of devices, including such implementations as the iPhone or the company's as-yet-unreleased tablet. Curiously, while the patent application is credited to several Apple engineers in France, the company's name appears nowhere on the application. Documents filed alongside the application on September 28th, 2008, however, list Apple as the holder of the intellectual property based on an assignment from the inventors.

Speculation regarding 3D graphics in Apple's tablet began circulating after former Google China president Kai-Fu Lee briefly mentioned the technology in passing as part of a blog post disclosing information he claims to have received about the device.

In order to address this need, the patent application suggests a number of methods of using multiple finger gestures to move screen objects in relation to one another on a three-dimensional basis.