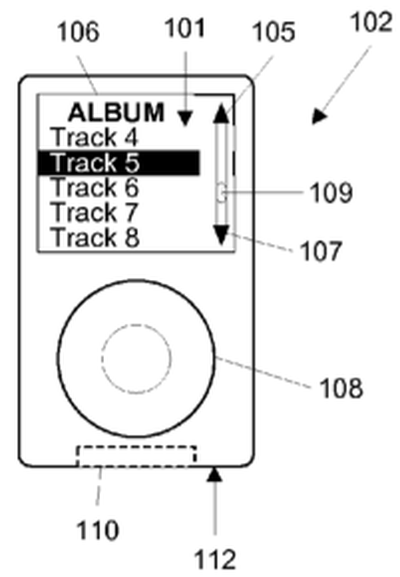 In a patent application filed in May 2008 and published today, Apple discloses that it has been researching methods to allow media devices such as the iPod to "push" their graphical user interfaces (GUIs) to accessory devices for the purposes of controlling the media devices remotely. In pursuing this technology, Apple notes that while remote control accessories for media devices are common, the interfaces are generated by the accessory itself, leading to incomplete functionality and varying experiences when multiple devices are used with a single accessory or a single device is used with multiple accessories.

As a response to these issues, Apple proposes methods for media devices to "push" their own GUIs to accessory devices, allowing for full functionality and a consistent user experience across compatible devices and accessories.

The lead inventor on the patent application is William Bull, former iPod User Interface manager at Apple and currently Senior Director of Mobile User Experience at Yahoo. Also among the inventors is former Apple executive Tony Fadell, the "father of the iPod".