White iPhone 3GS Discoloration Due to Third-Party Cases, Not Overheating? 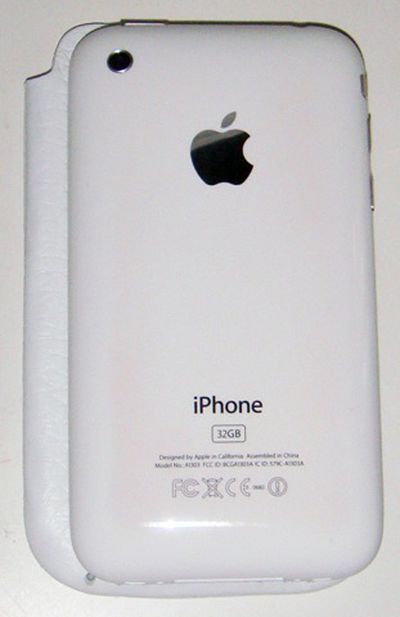 Reports of overheating and discoloration on the new white iPhone 3GS have been circulating over the past week or so, but a new report [Google translation] from frenchiPhone (via Hardmac) claims that the discoloration is due to contact with some third-party cases and not associated with overheating. The discoloration reportedly can be removed by wiping the back of the iPhone with alcohol.

- After numerous calls to Apple technical service and maintenance of contact with a level 3 (engineer) the problem seems to come not from a hot 3GS but contact with some covers! This was evident by ourselves on a device with a small sticker (a warning not to listen to music too loud) remained stuck, part of the hull below remained white.

- A simple solution to the problem is to clean the back of the iPhone with alcohol, tested by myself I can confirm that it works and reassure you it is safe for your precious

No details have yet been revealed on which third-party cases may be responsible for the discoloration.

Might be time to get some higher quality chassis materials. It feels like the yellowing MacBooks all over again.


Ehh, did you actually read the article?
Score: 1 Votes (Like | Disagree)
Read All Comments

Friday June 24, 2022 2:52 am PDT by Hartley Charlton
Apple is "likely" to announce its long-rumored mixed-reality headset as soon as January 2023, Apple analyst Ming-Chi Kuo has reiterated. Concept render based on purported leaked information by Ian Zelbo In a detailed post on Medium, Kuo explained that Apple's headset will be a "game-changer" for the augmented-reality and virtual-reality market. Describing some of the headset's...
Read Full Article • 115 comments