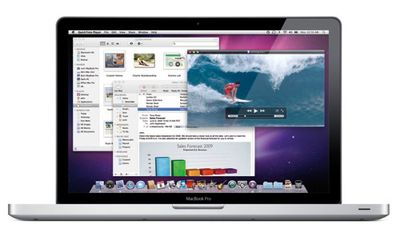 Apple today announced that Mac OS X 10.6 Snow Leopard will launch in September and will be priced at only $29 for current OS X 10.5 Leopard users. Alternatively, a $49 family pack will also be available. Meanwhile, Tiger users with Intel machines will be able to purchase a Mac Box Set containing Snow Leopard, iLife '09, and iWork '09 for $169 for a single license or $229 for a family pack.

"We've built on the success of Leopard and created an even better experience for our users from installation to shutdown," said Bertrand Serlet, Apple's senior vice president of Software Engineering. "Apple engineers have made hundreds of improvements so with Snow Leopard your system is going to feel faster, more responsive and even more reliable than before."

Apple also announced the launch of Mac OS X Server Snow Leopard, scheduled for release in September at a price of $499, including unlimited client licenses on Mac, Windows, and Linux.

Monday January 30, 2023 12:55 am PST by Tim Hardwick
Apple will launch a foldable iPad with a carbon fiber kickstand sometime next year, according to analyst Ming-Chi Kuo. In a series of tweets, Kuo said he expects an "all-new design foldable iPad" to be the next big product launch in the iPad lineup, with no other major iPad releases in the next nine to 12 months. The analyst said he was "positive" that the foldable device would arrive in...
Read Full Article • 190 comments