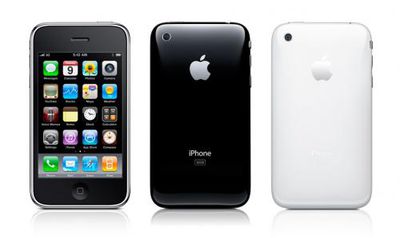 True to rumors, Apple today announced that the new iPhone 3G S will launch on June 19th in the United States, Canada, France, Germany, Italy, Spain, Switzerland, and the UK. Launches will occur one week later in an additional six countries, with many more launches around the world coming over the next few months.

Apple today introduced the new iPhone 3G S, the fastest, most powerful iPhone yet, packed with incredible new features including improved speed and performance -- up to twice as fast as iPhone 3G -- with longer battery life, a high-quality 3 megapixel autofocus camera, easy to use video recording and hands free voice control. iPhone 3G S includes the new iPhone OS 3.0, the world's most advanced mobile operating system with over 100 new features such as Cut, Copy and Paste, MMS, Spotlight Search, landscape keyboard and more.

The iPhone 3G S contains many of the features that had been rumored including Digital Compass, Video Recording, Voice Control, 3 megapixel camera with autofocus and faster internet speeds.

Apple has also posted a guided tour of the new iPhone 3G S.

Existing iPhone 3G owners may have to pay approximately $200 over subsidized pricing to upgrade:

Visit Apple's online store and click "buy" on the iPhone 3G S to see what you qualify for.