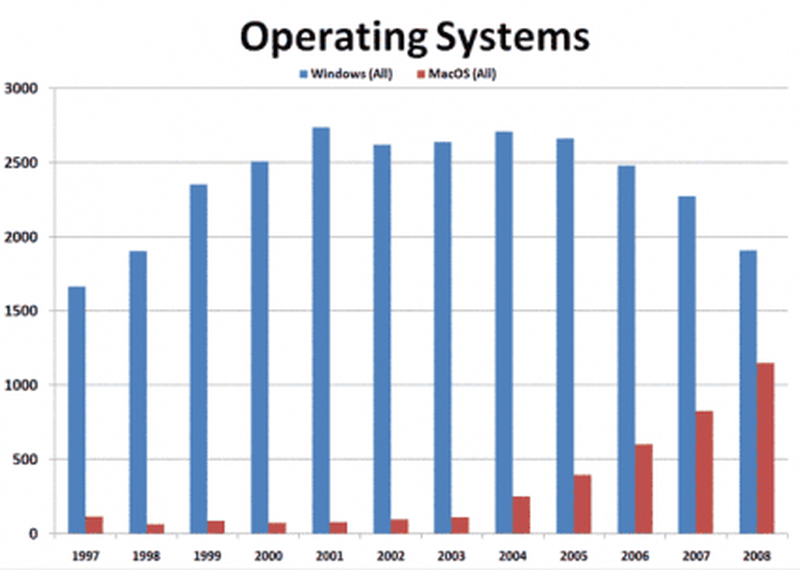 The latest computing survey results from the University of Virginia's freshman class show evidence of continued Apple marketshare growth in the higher education market (via Daring Fireball). The chart above shows that Apple has made steady gains since 2003 in the percentage of incoming UVA freshman who own a Mac. The latest year (2008) shows that 37% of incoming students owned a Mac while the percentage owning a Windows computer had shrunk to 62% from a peak of 96% in 2001. The growth tracks closely with the trend towards laptop ownership amongst the Virginia freshman. In 2008, 99% of the incoming students owned a laptop.