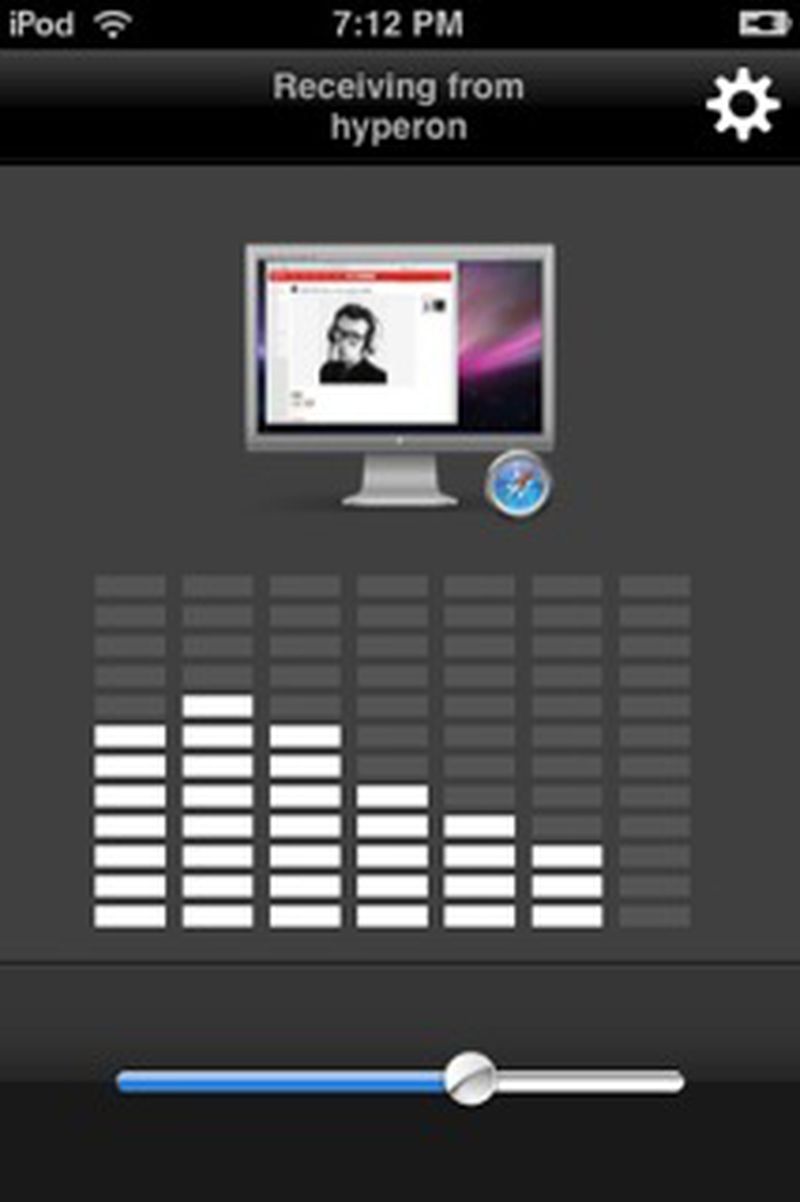 Rogue Amoeba is well-known in the Mac community for Airfoil, the $25 Mac and PC application that allows any audio to be streamed from a host computer to an AirPort Express or Apple TV. The original concept was expanded by the addition of free Airfoil Speakers applications for Mac, Windows, and Linux, allowing other computers to be recipients of audio streamed from the primary computer.

With Airfoil Speakers Touch, you can send any audio from your Mac or PC, straight to your iPhone or iPod Touch! Just connect your device to your local Wifi network, then open up Airfoil on your Mac or Windows machine, and start transmitting. You'll be able to send audio from iTunes, RealPlayer, and even web-based sources like Pandora and Last.fm. Now, if your Mac or Windows machine can play it, you can hear it on your iPhone or iPod Touch!