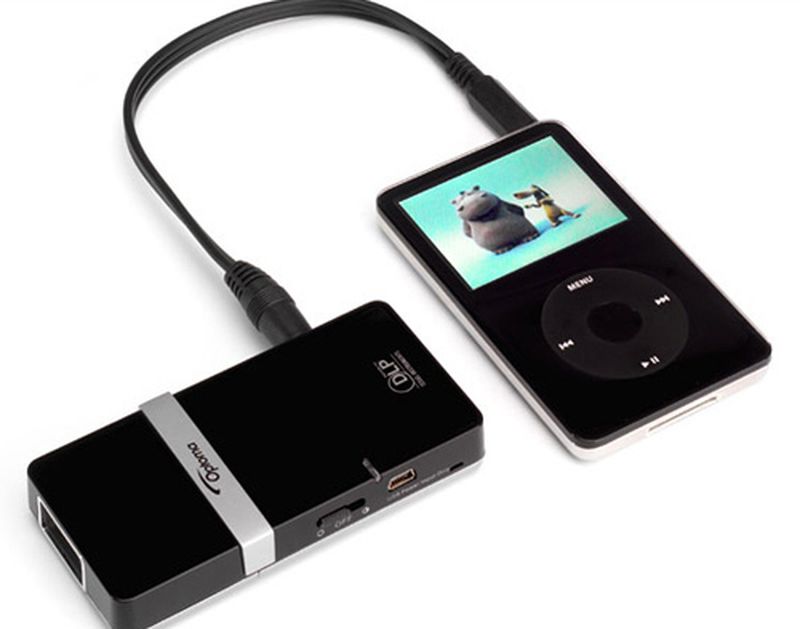 Engadget reports that Texas Instruments' DLP Pico Projector will launch on December 1st for sale in Apple Stores in Japan. The miniature projector allows you to display a 60-inch 480x320 video image from up to 8.5 feet away.

David Pogue took an early look at the device and was impressed:

Youd have to be a jaded gizmophile indeed not to be impressed the first time you turn on this tiny, shiny black box. In the center of the short end, theres a very bright light-emitting-diode lamp. Inside, theres a miniaturized Texas Instruments digital-light-processing (D.L.P.) chip, similar in principle to the ones that drive some full-size HDTV sets. Together, they produce an astonishingly bright, clear, vivid video or still image. Thats right -- from a projector youve pulled from your jeans pocket.

No word on when the projector will be available in the U.S. It will retail for about U.S. $511 in Japan.