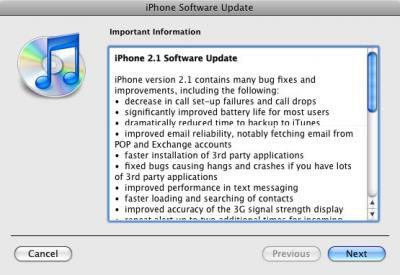 The 2.1 firmware is build 5F136 and can be directly downloaded through iTunes. The new firmware also contains a number of security fixes including the well publicized passcode flaw.