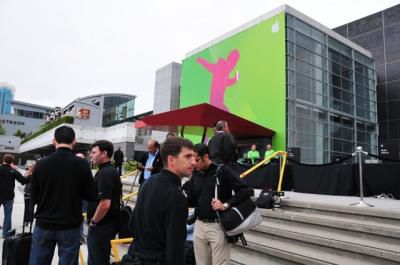 Apple's Let's Rock event kicks off shortly. Live coverage will be provided at the following links:

MacRumorsLive.com will return for Macworld San Francisco 2009 in January.

Some last minute notes and links:

- Apple Stores are down
- New Interface? for the iPod Nano
- New Nanos to have accelerometer? "One of those people described a function by which the iPod's 'shuffle' function is invoked when a user physically shakes the player."

- Our forums will remain open for ongoing discussion.
- SMS updates will be provided through Twitter.com/MacRumors (instructions).
- Visit TouchArcade.com for iPhone and iPod touch gaming news and reviews.