Engadget reports that a line has already formed at the 5th Avenue Apple Store. The motivation behind lining up so early doesn't seem to be to try be the first to get the iPhone 3G. Instead, it appears they simply want to break a world record for standing in line. In fact, based on the interview, I'm not even sure they know much about the iPhone. 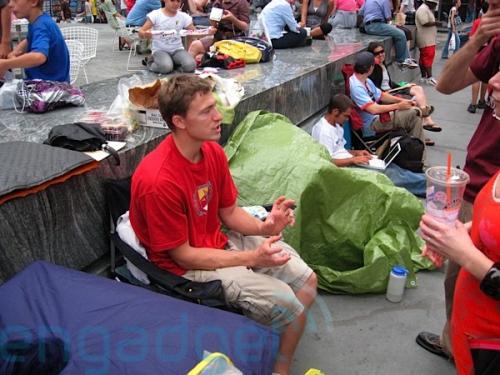 Besides, Apple Retail stores have not yet announced when they are going to start selling the iPhone 3G. The iPhone 3G will go on sale at 8:00 a.m. local time on July 11th at AT&T stores.