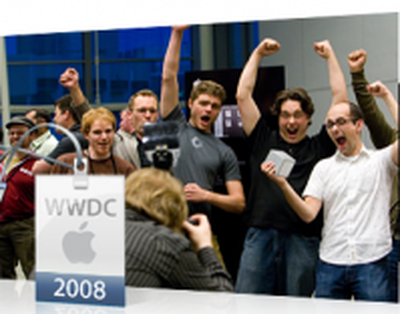 The ADAs feature categories in both Mac and iPhone categories this year. TheiLife reported the winners from tonight's presentation ceremony. The winners include:

The native iPhone winners, of course, are not yet available to the public. Runners up are also listed at TheiLife. The winners received two 15-inch MacBook Pro laptops, two 30-inch Apple Cinema Displays, one 16GB iPod touch, one 8GB iPhone, an ADC Premier Membership, reimbursement for one WWDC 2008 E-ticket including airfare and accommodations, and one 2009 ADC Macworld Expo Exclusive Marketing Package.

Friday December 2, 2022 10:54 am PST by Juli Clover
Google is continuing on with its attempt to convince Apple to adopt the RCS messaging standard, publishing a new "it's time for RCS" blog post. Promoted heavily by Google, RCS or Rich Communication Services is a messaging standard that is designed to replace the current SMS messaging standard. It provides support for higher resolution photos and videos, audio messages, and bigger file sizes, ...
Read Full Article • 602 comments

Monday December 5, 2022 11:44 am PST by Juli Clover
Due to production issues at Apple supplier factories in China, the iPhone 14 Pro and iPhone 14 Pro Max are backordered and basically out of stock at every store. If you were planning to gift or receive an iPhone 14 Pro model for the holidays and didn't already get one, you're basically out of luck because they're gone until late December. Subscribe to the MacRumors YouTube channel for more ...
Read Full Article • 115 comments