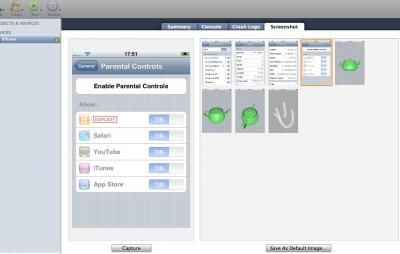 The iPhone Dev Team published a a screenshot of what is reported to be a jailbroken iPhone 2.0 installation. According to ModMyiFone's sources, the Dev team has already jailbroken the beta 2.0 iPhone firmware that Apple has only released to a limited number of testers. The jailbroken iPhone freely allows installation of iPhone applications, bypassing Apple's $99/year developer program which includes an official developer certificate.

"Jailbreaking" is the method by which iPhone owners have been able to install unofficial 3rd party applications on the iPhone. A thriving development community has emerged producing a number of free and useful applications.

While Apple's iPhone Software Development Kit (SDK) announcement will likely diminish interest in the unofficial iPhone developer community, the process of jailbreaking will likely continue. By choosing to be the sole distributor of iPhone applications, Apple has set some editorial guidelines on what it deems appropriate iTunes Store applications. The jailbreaking process will allow users to install those applications which fall outside of Apple's guidelines. The list of unallowed applications currently include emulators, scripted languages, background applications, VOIP over cellular, and unlocking applications.

Apple will be releasing the final iPhone 2.0 firmware in June alongside the launch of the iTunes App Store. The iPhone SDK is currently available for free download.