Meanwhile, in non-10.5.2 news, Apple has seeded a new build of Safari 3.1 to developers today. The new release seems to incorporate much of what has been implemented in the Webkit builds since the last major release. 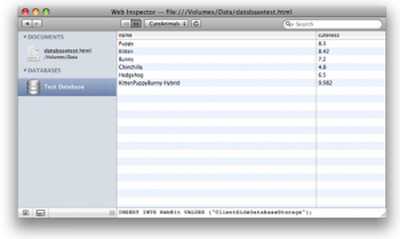 Webkit screenshot
- getElementsByClassName: "getElementsByClassName is one of the more common functions requested by JavaScript programmers (and added by JavaScript libraries); it works along the same lines as getElementsByTagName and getElementById in looking up elements of a web page by their properties."
- Downloadable fonts: "With font face rules you can specify downloadable custom fonts on your Web pages or alias one font to another." More details.
- CSS Transforms and CSS Animations

The latest beta builds of Safari also address a number of significant fixes. Safari is currently at version 3.0.4. For those interested in the cutting edge Webkit releases, you can download nightly builds -- though these may not be entirely stable.