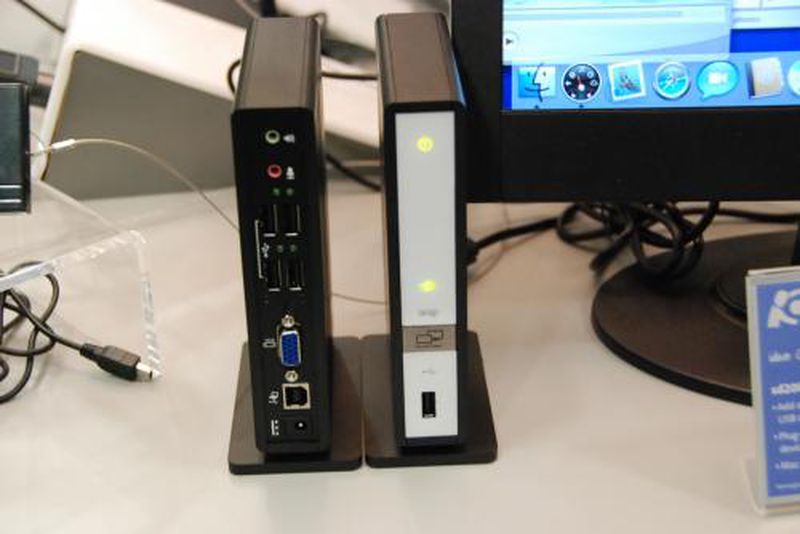 Kensington was demoing the sd200v Notebook Docking Station with Video at Macworld this week. The device connects to your Intel Mac via USB 2.0 and provides you with a 5-port USB hub, Headphone jack, Microphone jack and VGA plug (no DVI yet). The VGA plug allows you to add an additional monitor to your laptop which can act to either mirror or extend your laptop screen.

Overall the product worked as advertised, though there was some sluggishness with the video on the USB-driven monitor. Quicktime movies were playable and watchable but there was occasional tearing. The USB monitor was hot-pluggable - Mac OS X recognized when the USB monitor was removed and readded and acted appropriately.