Dell (and Others) Trying to Catch Up with Apple's Style

With CES right around the corner, the Wall Street Journal looks at a growing focus amongst PC manufacturers: design. With increasing competition and the clear appeal of Apple's industrial design, PC manufacturers are increasingly focusing on the physical designs for their upcoming computers. This is a sharp turn-around from the corporate attitude only a few years ago:

David Hill, Lenovo's vice president of corporate identity and design, said his teams once played a secondary role to the technical side of product development. Now designers "have equal weight at the table," he says.

At Dell, in 2001, some were even lobbying for the elimination of the Design Director job as it was seen as "unnecessary". At the time, Dell only employed 6 designers, but this number has been increasing in recent years and is up to 90 as of today.

Designers are now exploring alternative materials and industries as inspiration for design techniques. Much of this is reminiscent of earlier articles describing how Apple's Jonathan Ive spent time in a candy factory to study jelly bean manufacturing when designing the plastic enclosure for the original iMac. An earlier TechnologyReview article recounts Apple's design process over the years. 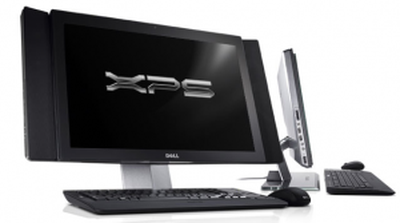 Dell XPS One
The efforts appear to be paying off for some PC manufacturers. Sony reveals that their pink Vaio has sold more than any other color. Meanwhile, Walt Mossberg gave Dell's new XPS One a favorable review and claims it "matches or exceeds the iMac in hardware design".

Design is expected to take center stage at the Consumer Electronics Show (CES) which kicks off this Sunday in Las Vegas, NV. Microsoft will be hosting a PC "fashion show" during their keynote to highlight some of the best designs.

Sunday January 16, 2022 3:37 pm PST by Joe Rossignol
A bug in WebKit's implementation of a JavaScript API called IndexedDB can reveal your recent browsing history and even your identity, according to a blog post shared on Friday by browser fingerprinting service FingerprintJS. In a nutshell, the bug allows any website that uses IndexedDB to access the names of IndexedDB databases generated by other websites during a user's browsing session....
Read Full Article • 222 comments