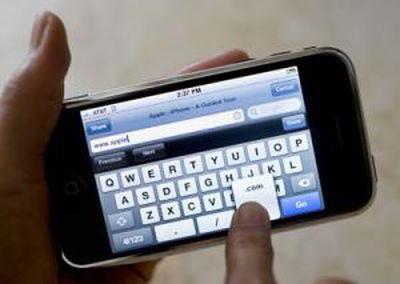 He prefaces his answers by stating:

Apple has indicated that it intends to add features through free software updates, so the real, secret answer to some of the no answers is actually, Coming soon."

Answers to common questions:
- Speakerphone / Vibrate are weak
- One handed dialing? "Dialing the iPhone one-handed, though, is easy. As your fingers grasp the iPhone, your thumb is free to tap buttons, scroll lists and so on."
- No other companys SIM card works in the iPhone.
- No voice memos, voice dialing or call recording
- Lacks video output to a TV
- No disk mode
- Can only use one of 25 preset ringtones
- iPhone can't be used as a wireless modem for your laptop
- Keyboard only rotates in landscape mode in Safari.

Sunday December 5, 2021 7:55 am PST by Hartley Charlton
Apple is working on five new Macs for launch in 2022, including a new version of the entry-level MacBook Pro, according to Bloomberg's Mark Gurman. In the latest edition of his "Power On" newsletter, Gurman said that he expects Apple to launch five new Macs in 2022, including: A high-end iMac with Apple silicon to sit above the 24-inch iMac in the lineup A significant MacBook Air...
Read Full Article • 91 comments