This article explains how to unpair Apple's fitness-focused Powerbeats Pro earphones from a number of different Apple devices.

Bear in mind that when you unpair ‌Powerbeats Pro‌ from an iPhone, Apple Watch, Mac, or Apple TV (fourth-generation or later), this also automatically unpairs the wireless earphones from all other devices linked to the same iCloud account. 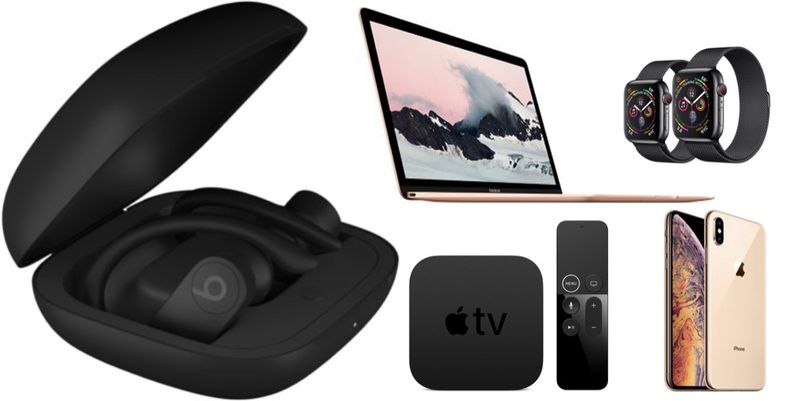 Other devices you may have paired them with that aren't linked to ‌iCloud‌ (older Apple TVs, Windows PCs or Android devices, for example) will remain unaffected unless you manually unpair them one by one via their respective Bluetooth settings.

How to Unpair ‌Powerbeats Pro‌ From ‌iPhone‌ or iPad

How to Unpair ‌Powerbeats Pro‌ From Mac

Remember that if you decide again later that you want to re-pair ‌Powerbeats Pro‌ to your ‌iPhone‌, ‌iPad‌, ‌Apple Watch‌, Mac or ‌Apple TV‌, the pairing information is synced across all the devices linked to your ‌iCloud‌ account.

Tuesday April 7, 2020 4:28 am PDT by Tim Hardwick
Two images shared on social media this morning are currently stoking speculation about possible hardware redesigns coming to the iPhone 12 and the potential introduction of Home screen widgets in iOS 14. Shared by Twitter user Fudge (choco_bit), the images depict a front and rear graphical representation of a smartphone with interface elements on the screen, suggesting it came out of a...
Read Full Article • 128 comments