How to Enable the Classic Startup Chime on Newer Macs

The discovery of a simple Terminal command that brings back the classic startup chime on newer Macs has gone viral in recent days. Apple disabled the startup sound on new Macs in 2016, and while a couple of tricks have worked in the past to get the chime back, updates to macOS appear to have stopped them working. 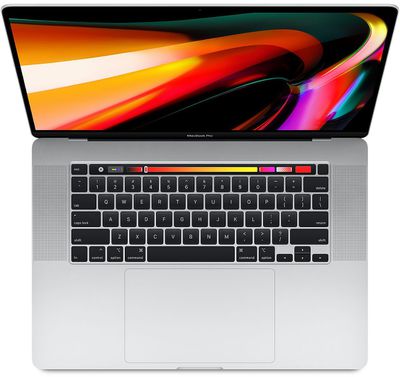 However, the latest trick – first shared in the MacRumors Forums by BigMcGuire – appears to have a high success rate, although depending on your Mac model, your mileage may vary.

If you yearn for that classic Mac sound, follow these steps to re-instate it.

Make sure the volume is up, and with a little bit of luck, you'll hear that soothing F-sharp chord sound the next time your Mac boots up.

If you want to get rid of the chime after re-activating it, simply repeat the steps above but replace the Terminal command in step 2 with the following: sudo nvram StartupMute=%01.

The iconic chiming startup sound was originally made to indicate that diagnostic tests had found no hardware or software issues. A similar sound accompanied almost every Mac boot sequence since 1991 and the most recent F-sharp chord incarnation was first used in the iMac G3.

Originally, a C major chord was recorded by Apple engineer Jim Reekes using a Korg keyboard, but what most users will hear these days is a pitch-shifted version of the sound made by the Macintosh Quadra family of professional computers, first released in 1991.


The Mac startup sound was immortalized in the 2008 Disney-Pixar movie WALL*E. When the titular robot character has reached 100 percent power after positioning his solar array, the booting chime goes off.
94 comments

markfc
now we just need the glowing Apple Logo and the sleep pulse light back and we're good! :-)
Score: 25 Votes (Like | Disagree)

Apple Knowledge Navigator
They should have just added an option in System Pref to turn it on or off.
Score: 15 Votes (Like | Disagree)

QuarterSwede
Now that Ive is gone it’s time for Apple to add little bits of whimsy back. I miss that.
Score: 14 Votes (Like | Disagree)

zorinlynx
I liked the sound because it meant a successful POST had occurred.

Sometimes when waking up a machine from sleep it actually crashed and starts up from scratch again; you hear the chime and it tells you that something went wrong.

Other times you power it on and it fails to boot, but you heard the chime, which meant a successful POST and that the problem is likely in storage or the OS installation.

It was useful and there was no reason to get rid of it. It could even be turned off for those who didn't want it.
Score: 9 Votes (Like | Disagree)

now we just need the glowing Apple Logo and the sleep pulse light back and we're good! :)

Ahh yes, the sleep pulse light. How I miss nights with it’s deceptively bright pulsating glow, lighting up the room every 10 seconds or so!
Score: 6 Votes (Like | Disagree)

They should have just added an option in System Pref to turn it on or off.

Exactly, Apple can be so annoying sometimes...
Score: 5 Votes (Like | Disagree)
Read All Comments