If you've installed iOS 15 or iPadOS 15 through Apple's developer program or the public beta now it's been released, you may decide you want to downgrade because of usability or stability issues. Keep reading to learn how it's done. 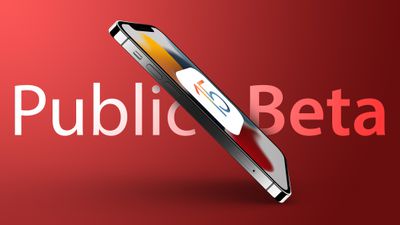 Apple usually only releases the public betas of ‌iOS and ‌iPadOS‌ once the developer versions are relatively stable. That said, Apple's beta versions of its major software updates can be notoriously buggy, especially the early releases.

If you made an archived backup before you installed the beta, you can remove the ‌iOS 15 beta and restore the backup. If you didn't make a backup, you can still downgrade, but you won't be able to restore your device to its original state before you upgraded.

Also, if you've installed watchOS 8 on your Apple Watch, it's important to note that you won't be able to use it with your ‌‌iPhone‌‌ once you've gone back to iOS 14. And downgrading an Apple Watch to a previous version of watchOS can't be done manually either – if you want to remove ‌watchOS 8‌, you'll have to send your watch in to Apple.

How to Downgrade from iOS 15 or iPadOS 15

One you've followed the above steps, you can restore a backup of your device from iOS 14 or iPadOS 14 using your Mac or iCloud.

Agit21
We’ll you guys are smarter now. Don’t install beta updates. It’s just not worth it (for normal users).
Score: 6 Votes (Like | Disagree)

Mystakill
I just wish I could download the previous version of Safari. The new version is an absolute steaming pile o' crap. "Look! We put in all kind of new, useless gee whizzes & what's-its because our designer & developer wonks wanted to. Who cares if these (essentially) massive changes slow you down and make you less productive? It looks great, right? Right?"

Can you do this for Watch OS ?

I would strongly advise against this if you were previously on the iOS 14.7 public beta.

I lost a good 4 hours of my life yesterday trying to do this.

Once you sign up for the iOS 15 public beta, the 14.7 will not be available again. The downgrade to iOS 14 will work but will put you on 14.6 but your backup will be from the 14.7 beta and is incompatible so can’t be used.

After getting back on iOS 14.6 and not being able to restore it. I had to set it up as a new phone, then get back onto the iOS 15 public beta, then reset the device and then restore it from the latest backup.

No sympathy for fools willing to be apple’s guinea pigs
Score: 3 Votes (Like | Disagree)

We’ll you guys are smarter now. Don’t install beta updates. It’s just not worth it (for normal users).

Not only do I not install beta updates, but I usually wait at least 6 months before installing a MacOS major update.
Score: 3 Votes (Like | Disagree)

First Direct (same underlying app, different branding) doesn’t work on iOS 15. I didn’t want to downgrade back to iOS 14 so I’ve had to put the app on my iPad for the time being, and call them to deactivate/deactivate the stupid digital secure key.

Par for the course running betas though.

The only other iOS 15 issue I’ve had is my phone occasionally running really hot and depleting the battery very quickly for no apparent reason. No clues in the Battery settings page either. A reboot sorts it out and it hasn’t happened since I upgraded to the revised version of Beta 2. They must have encountered a serious bug to release a revised build and I wonder if that’s what I was hitting.
Score: 2 Votes (Like | Disagree)
Read All Comments