How to Customize Favorite Contacts in iOS 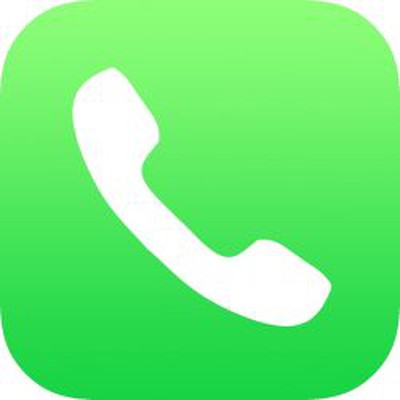 On iPhone, Apple has a neat way to organize your favorite contacts and even access them quickly, thanks to its Home screen widget system. In addition to adding one-tap phone calling icons, you can customize whether each contact icon will call, FaceTime, text, or email the person you tap on.

Note that the basic communication preferences stored within each contact card on your iPhone will come into play when customizing your new favorites widget, so be sure to add in any phone numbers and email addresses before you start if you haven't done so already.

Customize Favorites in the Phone App

Follow these steps to navigate through the new way you can customize favorites in the phone app.

When organizing your new favorite contacts, be sure to note that the first four contacts will receive top billing in the favorites widget, but a total of eight can fit.

Setting Up the Favorites Widget

The favorites list's granular settings allow you to jump into the contacts you only text with, while still accommodating those people you more often speak with on the phone. The personalization doesn't stop there, however. Follow the next few steps to get your favorites widget up and running.

Since the favorites widget can show up to eight contacts, you can return to the phone app to add and rearrange your most important friends, family members, and co-workers to see the changes reflected in the widget.

Your customization options include: adding multiple methods of communication for one person (all four if you contact one person multiple ways frequently), removing the default phone call options for message-focused contacts, and setting your top four most used contacts to save room on the widgets screen, without needing to use the "Show More" option.

insomniac86
The widget is a better idea, but it just needs 3D Touch support so you don't have to pin multiple of the same person. It should also keep the functionality to pin the same contact multiple times for people that do not have 3D Touch. Better yet, why not just allow it so that non-3D Touch users can just hold for two seconds to see other choices.
Score: 3 Votes (Like | Disagree)

Ah speed dial is back after 9 years

Thanks. I've noticed the emergency bypass, but that makes the phone ring, even when you have silent switched on, so only a true emergency option.

So it doesn't just bypass DND but even the silent/vibrate setting and always rings for calls and plays a tone for messages even if the phone is on silent/vibrate?
[doublepost=1474143285][/doublepost]

I thought iOS 10 was going to bring other messaging/calling ways into the fold in this area. For instance, we would have the ability to select What's App instead of iMessage. What am I missing?

Updated calling apps can have their calls show up as normal calls would (rather than as just an app notification).
Score: 2 Votes (Like | Disagree)

chriscl
As I have an iPhone 6 - no 3d Touch - the "Favourites" widget method is going to be a useful time saver for me.
Score: 1 Votes (Like | Disagree)

insomniac86
Yeah Apple software has really gone downhill with its inconsistency. I will say iOS 10 as a whole is pretty dam good though. Whoever designed the new maps app deserves a medal. It's super simple and clutter free. Yet it retains all its power and adds more. That app is an example of something well designed. Knowing my luck they will re-design it in iOS 11 to become a turd. Lol
Score: 1 Votes (Like | Disagree)

insomniac86
You used to be able to 3D Touch the Siri suggested contacts in iOs 9's proactive view to have shortcuts to FaceTime, email etc. The iOS 10 widget has no 3D Touch support. So it's a step backwards.

You can still 3D Touch the favourite contacts from the Phone app though.
Score: 1 Votes (Like | Disagree)

Does this then allow all these favourites through the DND feature regardless of the method of contact, or just favourites where phone is selected?

Depends on the setup of your DND, of course!

If you haven't checked out the supplementary new feature in the Contact app buried under the Ringtone toggle option named "Emergency Bypass", one can turn off "Favorites" in DND and still designate one or more people to get through by toggling on that Bypass for each relevant Contact.
Score: 1 Votes (Like | Disagree)
Read All Comments