Riots broke out on Wednesday at the world's largest iPhone factory in the Chinese city of Zhengzhou, according to video shared on social media. 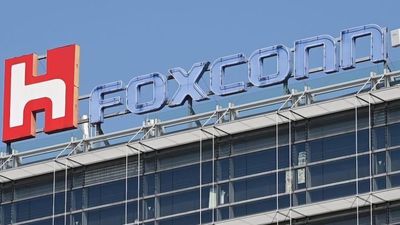 Footage widely circulated online shows hundreds of Foxconn workers marching in protest, clashing with police and some being confronted by people in hazmat suits.

Some video captured workers complaining about the food they had been provided, with others protesting that they had not been paid bonuses as promised.

The Zhengzhou plant is Foxconn's biggest ‌iPhone‌ factory with around 200,000 workers. Foxconn is responsible for assembling around 70 percent of the iPhones that Apple sells, and it has been struggling to keep employees on site due to COVID lockdowns.

China's zero-COVID policy requires cities to quickly quell outbreaks through restrictions, and with COVID spreading in Zhengzhou, workers have wanted to return home to avoid being stuck at the factory should there be a more stringent lockdown.

Workers have also been unhappy with restrictions at the factory, such as the closure of the dine-in cafeteria, and a shortage of supplies that caused a panic.

"They changed the contract so that we could not get the subsidy as they had promised. They quarantine us but don't provide food," said one Foxconn worker on video shared online. "If they do not address our needs, we will keep fighting."

Update 11/24: Foxconn has apologized for a pay-related "technical error" when hiring new recruits at its ‌iPhone‌ factory in China. "We apologize for an input error in the computer system and guarantee that the actual pay is the same as agreed and the official recruitment posters."

The company is communicating with employees still engaged in smaller protests, a Foxconn source familiar with the matter told Reuters on Thursday. Apple said it had staff at the factory and was "working closely with Foxconn to ensure their employees' concerns are addressed."

WiiDSmoker
Enough is enough. Apple needs to put their money where their mouth is and perform like they care about human rights and privacy, not just in some cute little ad or one liner.
Score: 89 Votes (Like | Disagree)

h.gilbert
Crazy. From the outside you'd think they care so much about justice and human rights; supporting BLM, LGBTQ, AIDS, the environment etc...
Score: 31 Votes (Like | Disagree)

ILoveCalvinCool
They suffer so we can have our smartphones.
Score: 27 Votes (Like | Disagree)

contacos
Modern slavery at work. Yes, they "may" get paid but under which conditions is another story.

However, for there to be real change, the privileged "west" (myself included) needs to change
Score: 26 Votes (Like | Disagree)

Heat_Fan89
I read this story on ZeroHedge the other day and the protests appear to be justified. Living conditions are borderline inhuman. Lack of food and other basic necessities.
Score: 25 Votes (Like | Disagree)
Read All Comments