Apple today launched the Magic Keyboard Folio, an all-new accessory for the 10th-generation iPad that features a kickstand, trackpad, keyboard with 1mm of travel, and a function key row. 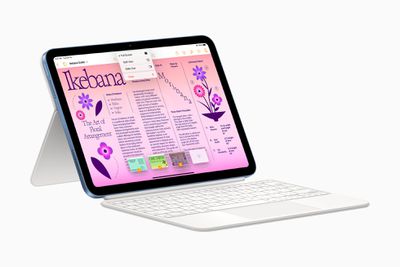 The Magic Keyboard Folio brings the full-size keys, travel, and responsive feel of the Magic Keyboard to the entry-level iPad for the first time. The function row comes to an Apple ‌iPad‌ keyboard for the first time, providing easy access to shortcuts and making everyday tasks like adjusting volume or display brightness easier. The accessory also features a two-piece design, allowing users to magnetically detatch the keyboard, but continue to use the kickstand and keep the back of the ‌iPad‌ protected.

The Magic Keyboard Folio is exclusively compatible with the 10th-generation ‌iPad‌ since it is the only ‌iPad‌ model to feature a Smart Connector along the bottom edge. The new Magic Keyboard Folio designed for the new ‌iPad‌ is available for $249 and comes in White only. A new Smart Folio designed for the 10th-generation ‌iPad‌ is available for $79 in White, Sky, Watermelon, and Lemonade. 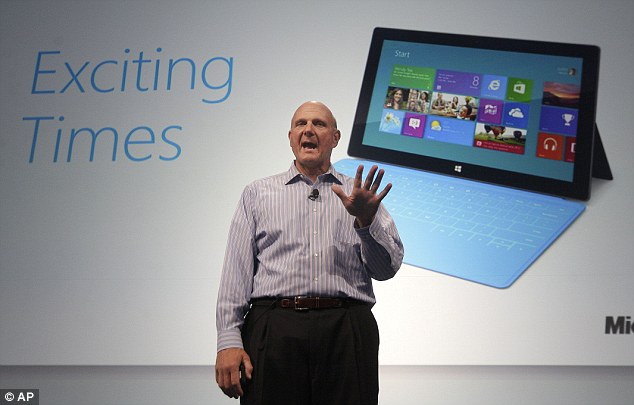 tbayrgs
I love the first generation of this product—when it was called the Logitech Combo Touch. ;)
Score: 25 Votes (Like | Disagree)

Lounge vibes 05
now I’m not one of those people who gets upset when Apple diversifies lineups.
Contrary to what most people believe, Steve Jobs did the exact same thing all the time.
He did it with the Mac, he did it with the iPod, if he lived long enough, he most certainly would’ve done it with the iPhone and the iPad as well.
Having different options at different price points is a great idea to help increase market share, and to get more people into the ecosystem.
But… my god, this is one of the first times I have to say, what is going on with this overly complicated lineup?
Five different iPads in the lineup, three of which (the 10, the Air and the 11 inch Pro) are so similar that putting them side-by-side most people wouldn’t be able to tell a difference, two pencils (one of which needs an adapter to be useful), two different keyboards (one of which is only compatible with one model)… what is going on?
The last time Apple had a line up this complicated was like… Maybe the MacBooks in the late 2000s? When there was an aluminum 13 inch MacBook, a plastic 13 inch MacBook, a 13 inch MacBook Air, and a 13 inch MacBook Pro all which were basically the same when it came to specifications?
That’s the latest example I can think of.
This lineup needs a rethink or a reboot or something because… wow it’s a mess
Score: 14 Votes (Like | Disagree)

MayaUser
beautiful but its half the price of the device itself...for the so called budget ipad buyers
Score: 13 Votes (Like | Disagree)

Poochi
Reminds me of Surface.
Score: 12 Votes (Like | Disagree)

Dididaddy
So this and the new 'budget' ipad will run $700?
Score: 10 Votes (Like | Disagree)
Read All Comments

Hands-On With the Magic Keyboard Folio for the New iPad

Wednesday November 30, 2022 11:17 am PST by Eric Slivka
Apple's 12.9-inch iPad Pro Magic Keyboard has fallen to an all-time low price at Walmart today and is now available for $249.00, down from $349.00. The keyboard is available only in black, is in stock, and is sold directly from Walmart with free shipping for delivery as soon as tomorrow depending on location. Note: MacRumors is an affiliate partner with Walmart. When you click a link and make...
Read Full Article • 21 comments

iPad Accessories: A Quick Compatibility Guide for the Confused

Thursday October 20, 2022 4:09 am PDT by Sami Fathi
Apple this week expanded the iPad lineup with a new 10th-generation entry-level iPad, a new keyboard, and possibly confusing compatibility with older accessories. The new iPad, for example, does not support the second-generation Apple Pencil or the Magic Keyboard but is supported by a new "Magic Keyboard Folio" and the first-generation Apple Pencil. To help make it clear which accessories...
Read Full Article • 91 comments

Friday September 2, 2022 7:08 am PDT by Mitchel Broussard
Today we're tracking a set of deals on accessories for the iPad and iPad Pro, including the best-ever price on the Apple Pencil 2, as well as solid markdowns on the Magic Keyboards for the iPad Pro. Note: MacRumors is an affiliate partner with some of these vendors. When you click a link and make a purchase, we may receive a small payment, which helps us keep the site running. Apple Pencil 2...
Read Full Article • 17 comments

Friday February 11, 2022 5:30 am PST by Mitchel Broussard
Target today has Apple's 2021 Magic Keyboard for half off, priced at $49.99, down from $99.99. The accessory has an estimated delivery window of February 16-18 as of writing, and can't be picked up in store. Note: MacRumors is an affiliate partner with Target. When you click a link and make a purchase, we may receive a small payment, which helps us keep the site running. The Magic Keyboard...
Read Full Article • 13 comments

Friday April 8, 2022 7:30 am PDT by Mitchel Broussard
An all-time low price on the white version of Apple's 12.9-inch iPad Pro Magic Keyboard has returned to Amazon this week, available for $293.00, down from $349.00. The keyboard is in stock and sold directly from Amazon, and only the US English version of the accessory is receiving the discount. Note: MacRumors is an affiliate partner with Amazon. When you click a link and make a purchase, we...
Read Full Article • 25 comments

Friday December 2, 2022 10:54 am PST by Juli Clover
Google is continuing on with its attempt to convince Apple to adopt the RCS messaging standard, publishing a new "it's time for RCS" blog post. Promoted heavily by Google, RCS or Rich Communication Services is a messaging standard that is designed to replace the current SMS messaging standard. It provides support for higher resolution photos and videos, audio messages, and bigger file sizes, ...
Read Full Article • 614 comments

Monday December 5, 2022 11:44 am PST by Juli Clover
Due to production issues at Apple supplier factories in China, the iPhone 14 Pro and iPhone 14 Pro Max are backordered and basically out of stock at every store. If you were planning to gift or receive an iPhone 14 Pro model for the holidays and didn't already get one, you're basically out of luck because they're gone until late December. Subscribe to the MacRumors YouTube channel for more ...
Read Full Article • 126 comments