Analysts Have No Idea How Many Macs Apple Shipped Last Quarter

For the last several years, Apple has not provided breakdowns of the number of iPhones, Macs, and iPads sold, keeping analysts, customers, investors, and others in the dark on exact device sales. This has led analysts to attempt to estimate product shipments, and as the Q3 quarterly Mac numbers confirm, it's a very inexact process. 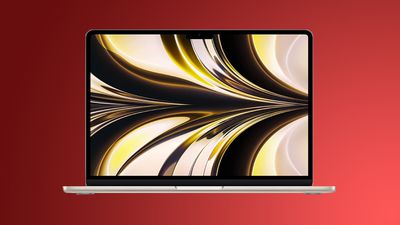 Companies like Gartner, IDC, and Canalys in fact appear to have no clue how many Macs Apple sold as the third quarter estimates are wildly different.

There's a 4.3 million Mac shipment discrepancy between the estimates from IDC and Gartner, which highlights just how unreliable these shipment estimates can be. Canalys is in the middle of those two estimates, suggesting that Apple shipped 8 million Macs, up from 7.9 million in the year-ago quarter for 1.7 percent growth.

We have historically seen discrepancies between the estimates provided by IDC, Gartner, and Canalys, but not to this degree. Apple will provide more data on its revenue for the third calendar quarter (fourth fiscal quarter) during its October 27 earnings call, which should give us some insight into how well the Mac sold.

Apple this quarter was offering the new M2 MacBook Air and ‌M2‌ MacBook Pro, but it was also facing shipment delays on a number of Macs due to supply chain issues. As mentioned up above, Apple will not provide unit sales information, but overall Mac revenue will clear things up a bit, at least in terms of year over year sales and revenue.

Analog Kid
I feel like the title could have just been shortened to "Analysts have no idea".
Score: 22 Votes (Like | Disagree)

TheYayAreaLiving ?
There is a reason why Apple stopped reporting the sales figures to the market. Maybe that is what these Analysts should figure out.. Why?
Score: 15 Votes (Like | Disagree)

rgeneral
Not sure why we even need these analyst.
Score: 13 Votes (Like | Disagree)

rjohnstone
As an investor it still bugs me when a company doesn’t report sales data.
Big picture numbers are fine, but it makes fraud harder to detect when real numbers aren’t released.
Blending products into larger categories makes it hard to determine poor performing SKUs.
Yes, they make money hand over fist, but that still doesn’t justify the smoke and mirror routine.
Score: 10 Votes (Like | Disagree)
Read All Comments