Apple Has Made Major Updates to macOS Malware Protection in 2022

Apple has made notable updates to macOS malware tools over the course of the last six months, according to updates tracked by Howard Oakley at Eclectic Lighting Company (via Ars Technica). 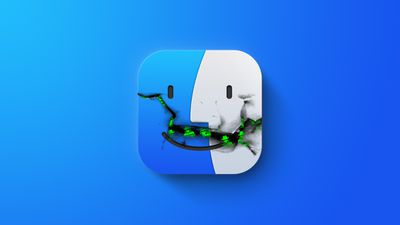 "In the last six months, macOS malware protection has changed more than it did over the previous seven years," writes Oakley in a blog post published this week. Malware detection on the Mac is now "fully pre-emptive" and as active as "many commercial anti-malware products."

Apple previously used the Malware Removal Tool (MRT) and XProtect, but XProtect was limited to checking apps and code against a list of known malware and MRT ran infrequently. Apple's new solution is more aggressive and offers more protection. Xproduct Remediator is available on Macs running macOS Monterey, macOS Big Sur, and macOS Catalina, but it is not available on Macs running older versions of macOS.

The new XProtect feature is updated regularly and it runs at least once per day, but sometimes even more frequently. For some malware checks, it runs as often as every hour or two, and it is able to identify a range of malware, such as Adload, DubRobber, Pirrit, SnowDrift, Trovi, and more.

Scans are most likely to take place when the Mac is awake but not in active use, and is primarily doing background tasks like backups and receiving email. Oakley says that the new malware protections represent a "big step forward" for those who are running the most recent versions of macOS, with more information available in Oakley's full blog post.

Built-in security has always been a plus for an operating system. The things users hated (and still do) is trashy third party anti-virus programs that slow your computer down, get in the way, and generally make a nuisance of themselves. Ever since Windows 10 was released, Defender has been sufficient for anyone with good internet practices. Both operating systems still need extra security for people with bad security practices or who need extra protection, but their built in systems are sufficient for most. The thing Mac users hated about previous versions of Windows (Vista and earlier) was that a trashy third party antivirus was practically a necessity.

Oh, and if you had read the article you’d know that Macs already had anti-malware built in. The point of the article is that it’s gotten better.
Score: 28 Votes (Like | Disagree)

polyphenol
Having dealt with lots of different third-party anti-virus/anti-malware products on Windows (and a couple on macOS), I hate them all with a vengeance.

When protection is, effectively, built into the OS, you know that every developer will have had to deal with it.

When protection is one of a dozen, or more, products, you cannot realistically expect developers to have dealt with more than a small proportion.

Please can I have back the hours I have spent trying to identify why some software is not working on some machines - but is fine on others. Eventually finding that removal of anti-malware fixes it. But on the adjacent machine all is well with it installed.

(And removal of anti-malware software can be harder than getting rid of some actual malware.)
Score: 11 Votes (Like | Disagree)

TheDailyApple
This is good to hear. As Macs get more popular, there is going to be more and more malware targeting them.
Score: 11 Votes (Like | Disagree)

VineRider
I wish Apple was more forthcoming about what their anti-malware engines were actually doing, and when....I wish they would log the scans, log the definition updates, give the user some idea of the protection being offered.
Score: 11 Votes (Like | Disagree)

Many thanks Apple but why quietly?

Apple have traditionally used Mac's "virus free" nature as a selling tool. You don't want to change that perception if you don't have to.
Score: 6 Votes (Like | Disagree)
Read All Comments