Apple co-founder and former CEO Steve Jobs is to be posthumously awarded the Presidential Medal of Freedom, the White House today announced. 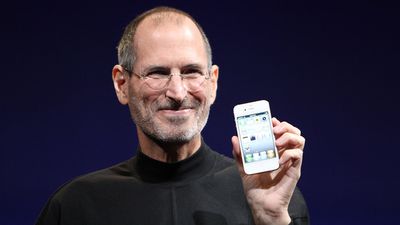 The Presidential Medal of Freedom is the United States' highest civilian honor, presented to individuals "who have made exemplary contributions to the prosperity, values, or security of the United States, world peace, or other significant societal, public or private endeavors."

President Biden has long said that America can be defined by one word: possibilities. These seventeen Americans demonstrate the power of possibilities and embody the soul of the nation – hard work, perseverance, and faith. They have overcome significant obstacles to achieve impressive accomplishments in the arts and sciences, dedicated their lives to advocating for the most vulnerable among us, and acted with bravery to drive change in their communities – and across the world – while blazing trails for generations to come.

Steve Jobs (d. 2011) was the co-founder, chief executive, and chair of Apple, Inc., CEO of Pixar and held a leading role at the Walt Disney Company. His vision, imagination and creativity led to inventions that have, and continue to, change the way the world communicates, as well as transforming the computer, music, film and wireless industries.

BradWI
Considering the last clown gave one to Rush Limbaugh, Jim Jordan and Devin Nunes, giving one to Jobs is fine.
Score: 79 Votes (Like | Disagree)

I'm sorry but does he really deserve this? I feel like we've learned from the various books and movies that he was a visionary, sure, but he wasn't actually the best person...

"who have made exemplary contributions to the prosperity"

As defined, I think so. Unless he needed to hit everything item. But if that's the requirement then no one could. It seems the award is not limited to being "the best person" morally or socially.
Score: 38 Votes (Like | Disagree)

He has deserved it a hell of a lot more than the people Trump awarded to.

Trump probably try to give it to himself ?
Score: 36 Votes (Like | Disagree)

I'm sorry but does he really deserve this? he wasn't actually the best person...

This is not a best person election or a sanctification process. It’s well deserved.
Score: 29 Votes (Like | Disagree)

WWPD
Medal of FREEDOM?? When we have all become SLAVES to the machines he helped create?! /s
Score: 27 Votes (Like | Disagree)

Jumpthesnark
No one is perfect, but it's really clear that Jobs fit the description of those who are awarded the Medal, as stated in the story: those "who have made exemplary contributions to the prosperity, values, or security of the United States, world peace, or other significant societal, public or private endeavors." Bravo to his memory for the innovations he brought to us.
Score: 26 Votes (Like | Disagree)
Read All Comments