Apple shipped an estimated 20 million iPhones in North America in the first calendar quarter of 2022, marking notable growth, according to shipment estimates that were shared today by Canalys. 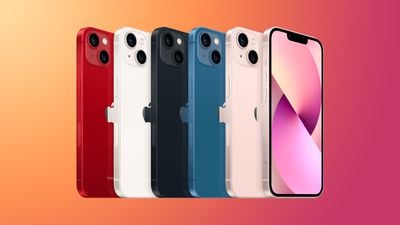 iPhone shipments were up nearly 20 percent from the 17 million iPhones shipped in the year-ago quarter, and Apple's market share hit 51 percent, up from 45 percent.

"The North American smartphone market has been buoyed by Apple's strong growth," said Canalys Analyst Brian Lynch. "This quarter, the iPhone 13's high popularity was the key driver. With global demand more uncertain, Apple has shifted more devices back into North America after prioritizing other regions in Q4 2021, allowing it to greater fulfill demand and deliver on backorders from the previous quarter. In addition, the launch of the latest edition of the iPhone SE offers an affordable option for many of North America's fiercely loyal iOS users. Despite not being mmWave-enabled, carriers' increasing investments in C-band and sub-6GHz spectrums will open the door for the iPhone SE's market growth in the coming quarters."

Bull 07
People in North America who are smart prefer the best. IPhone.
Score: 6 Votes (Like | Disagree)

TheYayAreaLiving ?
This is what is marking up the shipments. All the upgrades! Sad to know iPhone Mini won't be included in 2023.

Yes. In North America, they market the Motorola brand.
Score: 4 Votes (Like | Disagree)

And people wonder why the fit & finish of these things isn’t perfect.
(Hint: it’s because they’re stamped out by the millions)
Score: 3 Votes (Like | Disagree)

mannyvel
Apple ships more iPhones in the US than the rest of the industry's shipments combined. Dang.
Score: 3 Votes (Like | Disagree)
Read All Comments