Apple this week lowered its estimated trade-in values for select Mac, iPad, and Apple Watch models in the United States. 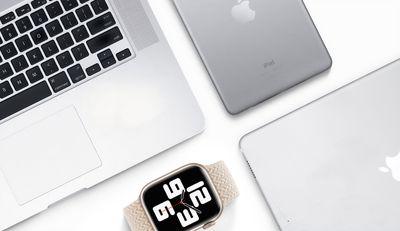 The trade-ins were never the best way to get the most money out of older devices, but it was close enough for many folks to be worth it. That value calculation keeps getting worse as they keep dropping the trade-in numbers.
Score: 21 Votes (Like | Disagree)

anakin44011
I looked into trading in my MacBook Pro earlier this year, but I was more disappointed in the process than the trade-in values.

So putting it up on eBay still makes financial sense, even though it is such an awful selling experience -- which begs the question...what the heck happened to eBay? When did they become a third world garage sale while commanding such usurious fees?
Score: 16 Votes (Like | Disagree)

contacos
that’s why I have like 5 iPhones, 2 MBP and an iPad laying around because mentally I can’t get myself to sell them back to Apple considering how much I initially paid for it ?
Score: 15 Votes (Like | Disagree)

maxoakland
Very not cool. This discourages recycling and is just typical latter day apple nickel-and-diming. It’s so annoying how they do that now. They’ll get rid of the stickers soon
Score: 14 Votes (Like | Disagree)

Tuesday July 5, 2022 5:32 am PDT by Sami Fathi
Apple has once again adjusted the maximum trade-in values of iPhone, iPad, Apple Watch, and Mac models, lowering the amount customers can receive when trading in their existing devices for one of the company's newer products. The old and updated iPhone trade-in values can be found below. iPhone 12 Pro Max: Up to $600, down from $650 iPhone 12 Pro: Up to $500, down from $550 iPhone...
Read Full Article • 123 comments

Apple Watch Series 3 Finally Selling Out Before Getting Discontinued

Sunday September 4, 2022 10:54 am PDT by Joe Rossignol
Apple Watch Series 3 models are finally selling out on Apple's online store around the world, just days before the line is expected to be discontinued. Three out of four Series 3 configurations listed on Apple's website are currently out of stock in the U.K. and Australia, for example, while one Series 3 model is unavailable on the U.S. store. Availability varies in other countries. The...
Read Full Article • 95 comments

Don't Buy an Apple Watch Series 3 Right Now: It's About to Be Discontinued

Friday August 26, 2022 2:52 am PDT by Hartley Charlton
The Apple Watch Series 3 is expected to be discontinued next week, and the device will not run the latest version of Apple's watchOS software, meaning prospective customers should now refrain from buying the device. The Apple Watch Series 3 was released in September 2017, making it almost five years old. It is the oldest device to support the latest version of watchOS 8, but its S3 chip...
Read Full Article