Apple is experiencing a widespread outage today, with a wide range of the company's services and apps down or experiencing issues currently. 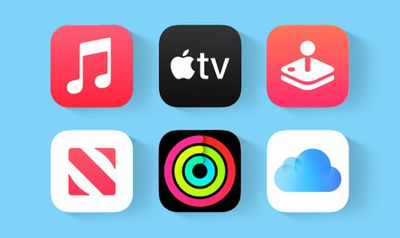 Looks like Apple is experiencing a big outage with many services and websites including https://t.co/uU7r7GgOgo, https://t.co/8OocSchDpb, and others — Apple Software Updates (@AppleSWUpdates) March 21, 2022

Bloomberg's Mark Gurman reports that some of Apple's internal systems are also down:

Update #2: Users are reporting that some Apple services are starting to work again. We'll update this story once Apple indicates the issues have been fully resolved.

Update #3: Apple's system status page indicates that roughly two-thirds of the outages have been resolved, but major services like App Store, Apple Music, and Apple TV+ have yet to be fully restored.

Update #4: All of the issues have now been resolved after about two hours of downtime, according to Apple's System Status page.

That's because the system status page is also "experiencing issues" as well ?
Score: 16 Votes (Like | Disagree)

Banan911
According to downdectector people are having issues with many other services as well like Google Maps, Paypal, Youtube, AT&T, Verizon, T-mobile, Doordash, Shopify etc
Score: 13 Votes (Like | Disagree)

McTaste
THIS IS THE BIG ONE FOLKS! get ready to crack into those cans of creamed corn you've been saving "for an emergency"
Score: 13 Votes (Like | Disagree)