Apple is rumored to announce four new iPhone 14 models in September, and ahead of time, analyst Jeff Pu has outlined his expectations for the devices. 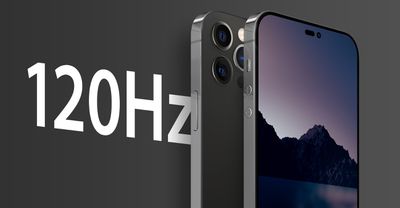 In a research note with Haitong International Securities, obtained by MacRumors, Pu claimed that all iPhone 14 models will feature ProMotion displays, compared to only Pro models currently. ProMotion enables a variable refresh rate up to 120Hz for smoother appearing content when watching video, gaming, or scrolling.

Pu previously said that iPhone 14 Pro models would be equipped with an increased 8GB of RAM, but based on a "supply chain check," he now expects all four iPhone 14 models to be equipped with 6GB of RAM due to cost considerations.

6GB of RAM would be an increase for standard iPhone 14 models, but not for Pro models:

Pu has a less-established track record for Apple rumors compared to some more prominent analysts like Kuo, so a higher level of skepticism is warranted for these rumors until they are corroborated by other sources.

jonnyb
All iPhone 14 models will come with an integrated ice cream dispenser. I am an analyst. Please pay attention to me.
Score: 19 Votes (Like | Disagree)

iPhone models will start with 64 gb pf storage, lol why would apple go back to 64 gb after having 128 gb on the iphone 13? :rolleyes:

chad.petree
iPhone models will start with 64 gb of storage, lol why would apple go back to 64 gb after having 128 gb on the iphone 13? :rolleyes:
Score: 8 Votes (Like | Disagree)

cwwilson
6GB of RAM? I mean for the regular iPhones I guess that's okay but for the Pros I'd say 8GB would be nice to see considering you can get an iPad with 16.
Score: 7 Votes (Like | Disagree)
Read All Comments