U.S. District Judge Yvonne Gonzalez Rogers today granted Apple's motion to dismiss a lawsuit filed against the company by Jay Freeman, creator of an alternative App Store known as Cydia for "jailbroken" iPhones and iPads. The case might not be over yet, however, as Freeman was given the option to file an amended complaint by January 19. 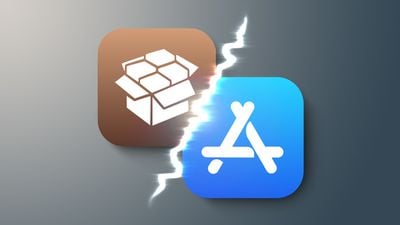 Freeman sued Apple in late 2020, alleging that the company has an illegal monopoly over iOS app distribution given that the App Store is the only authorized marketplace where users can download apps on the iPhone and iPad. His complaint also alleged that Apple has "consistently tried to snuff out alternative app stores" such as Cydia.

Cydia launched in early 2008, months before the App Store debuted. The app allows users who jailbreak their iPhone, iPad, or iPod touch to install apps outside of the App Store, as well as themes and tweaks that customize the look and functionality of iOS. For example, long before Apple introduced the Control Center on the iPhone, there was a tweak available on Cydia called SBSettings that offered similar functionality.

The lawsuit alleged that Cydia was the "first comprehensive solution" for expanding the iPhone's capabilities, and "the App Store before the App Store." (Early members of the jailbreaking community might argue that the Installer app was the true first.)

Freeman joined a growing number of developers who have sued Apple for alleged anticompetitive behavior, including Fortnite creator Epic Games.

When the complaint was first filed, an Apple spokesperson said the company would review the lawsuit, but denied that Apple was a monopoly given that it faces competition from Android. Apple has also repeatedly touted the privacy and security benefits of the App Store, claiming that third-party app stores could expose users to fraud and malware.

Should an amended complaint be filed by Freeman, Apple has until February 2 to respond, according to Gonzalez Rogers.

Joe Rossignol
I don't normally comment on my own stories, but this one felt special to write given that I dabbed with the jailbreaking community back in the iOS 1.1.1 through iOS 6 days and fondly remember Jay Freeman (saurik) as the creator of Cydia. I couldn't resist mentioning that Installer.app was the true first "App Store outside of the App Store" contrary to the lawsuit, unless they want to argue that Installer wasn't "comprehensive."

Westside guy
Whether you have ever jailbroken or not, you have benefited from the work of people like Saurik. Apple has copied some of its best iOS features from jailbreak tweaks. :)
Score: 25 Votes (Like | Disagree)

Back in the day jailbreaking an iPhone opened up great possibilities. A lot of the utilities found on Cydia eventuality found their way into future versions of iOS. I’m not sophisticated enough to say why we can or can’t have options here. If one chooses to compromise their iDevice and download apps outside the App Store, let them assume the responsibility if something goes wrong. Those of us who want assurance that our apps are going to play nicely will stick to the App Store.

Apples argument (which I tend to agree with) is that in the end, it won’t be the users choice anymore if they open the flood gates. Once the option to side load exists, developers can and will pull out of the App Store and force their users to side load. If big apps that mainstream users rely on like Facebook/Instagram/WhatsApp, Zoom, Netflix, etc pull out of the App Store, the user no longer has the choice. They HAVE to enable side loading. If employers or schools force you to use an app that isn’t available in the App Store, you don’t have the choice.

Right now, users do have the choice. You can use Android, Windows, or macOS to run third party app stores. iOS and iPadOS are the ONLY options on the market for a closed/curated experience. Why do we need yet another fully open computing platform with no restrictions? We already have them. Can’t we have at least ONE platform like iOS?
Score: 19 Votes (Like | Disagree)

JCCL
SBSettings, now that’s a name I hadn’t heard in a while. Awesome utility. It really was a god send way before the control center.
Score: 17 Votes (Like | Disagree)

Lestdog
Back in the day jailbreaking an iPhone opened up great possibilities. A lot of the utilities found on Cydia eventuality found their way into future versions of iOS. I’m not sophisticated enough to say why we can or can’t have options here. If one chooses to compromise their iDevice and download apps outside the App Store, let them assume the responsibility if something goes wrong. Those of us who want assurance that our apps are going to play nicely will stick to the App Store.
Score: 11 Votes (Like | Disagree)

Back in the day jailbreaking an iPhone opened up great possibilities. A lot of the utilities found on Cydia eventuality found their way into future versions of iOS. I’m not sophisticated enough to say why we can or can’t have options here. If one chooses to compromise their iDevice and download apps outside the App Store, let them assume the responsibility if something goes wrong. Those of us who want assurance that our apps are going to play nicely will stick to the App Store.

This is impossible. In the end, that iPhone has Apple's logo in it, so anything that went wrong will affect the brand no matter what you think. This is why Jobs (and Apple) was super control freak. Because they actually one of the few who paid attention to their branding.

Why do you think people today still have the notion that Windows is unstable and crashes/BSOD a lot? Because whatever people do to their PCs, when it booted, it showed Microsoft Windows' logo and brand. So whatever happens, even if it was not Microsoft's doing, will be associated with the brand.

Why do you think more and more Android OEMs are locking their bootloaders and making it more difficult to root? Because they realized that when things went south, people will associate the bad things with the brand they saw on their phone.

I don't have any personal thing for/against jailbreaking. But I understand Apple's positioning. You may own the phone, but everything else associated with the phone is associated with Apple's brand. Look at how Ferrari told their owners what they cannot do on their own cars.
Score: 10 Votes (Like | Disagree)
Read All Comments