Third-party apps are continuing to adopt support for Apple's SharePlay FaceTime feature on iOS devices and Macs, and as of this week, MasterClass is offering SharePlay integration. 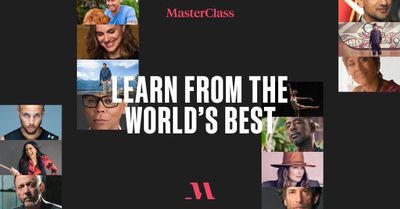 For those unfamiliar with MasterClass, it is an online subscription platform that provides tutorials and lectures from a range of people considered to be experts in their fields, including best-selling authors, celebrities, musicians, scholars, politicians, athletes, fashion designers, directors, business executives, and more.

With SharePlay integration, two or more people who subscribe to MasterClass can watch lessons together. As with other apps that offer SharePlay, participants need to be subscribed to the MasterClass service, which is priced at $30/month, though there is a 2-for-1 discount at the current time.

As with all SharePlay apps, all MasterClass participants will have media controls to play content, pause, and skip forward/backward as needed, with playback synced for everyone in real time. Participants will be able to watch the video playback and discuss the content with one another.

MasterClass was one of the apps that Apple announced as planning integration when SharePlay first debuted as part of iOS 15.1, and the feature is now available for those who want to use it.

SharePlay requires iOS 15.1, iPadOS 15.1, and tvOS 15.1 or later, and as of this week, it is also available on the Mac as part of macOS Monterey 12.1. Many other third-party apps also offer integration with SharePlay, and we maintain a guide that provides some useful SharePlay options.

TheYayAreaLiving ?
Very nice. Glad, they were able to add this to the family :)
Score: 2 Votes (Like | Disagree)

dominiongamma
I read it as Mastercard and was like how are they going to SharePlay lol
Score: 1 Votes (Like | Disagree)

topdrawer
i watched everything i was interested in in just a few hours. then after 2 hours into how to make tortillas i never went back.
Score: 1 Votes (Like | Disagree)

PsykX
Looks cool but $20 USD per month? Billed annually? Nope, not for me.
Score: 1 Votes (Like | Disagree)
Read All Comments