Facebook Shuttering Facial Recognition System, Will Delete Data From Over a Billion Users

Facebook is shutting down its Face Recognition system and will delete the facial data of more than 1 billion of its users, Facebook parent company Meta announced this morning. 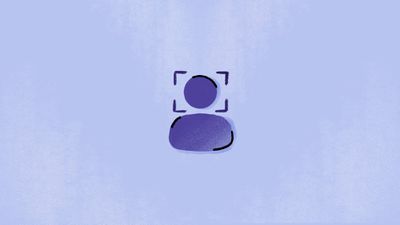 People who opted in to Face Recognition will no longer be automatically recognized in photos and videos, and their facial recognition templates will be deleted.

According to Facebook VP of Artificial Intelligence Jerome Pesenti, Facebook is making this change because it needs to weigh the positive use cases for facial recognition against growing societal concerns" as regulators "have yet to provide clear rules."

Facial recognition has been available on Facebook since 2011, and at the time that it debuted, Facebook turned the feature on automatically for more than 500 million people. The option, called Tag Recognition at the time, was designed to recognize Facebook users in photos and videos posted by other users, tagging all of the people in the photo.

There were immediate privacy concerns with the launch of the feature, which have persisted to this day. Facebook in December 2017 introduced an expanded Face Recognition feature and with it, an opt-out option.

Facebook says that more than a third of Facebook's daily active users have facial recognition enabled, and the change required "careful consideration." It will disable an Automatic Alt Text feature for blind users that automatically provided the names of people in photos.

Though Face Recognition in its current incarnation is shutting down, Facebook will continue to work on facial recognition technologies.

Looking ahead, we still see facial recognition technology as a powerful tool, for example, for people needing to verify their identity, or to prevent fraud and impersonation. We believe facial recognition can help for products like these with privacy, transparency and control in place, so you decide if and how your face is used. We will continue working on these technologies and engaging outside experts.

Face Recognition and the features that it enables will be officially removed "over the coming weeks." When disabled, people will no longer be automatically recognized in photos, and will no longer see suggested tags.

WiseAJ
Can we trust them to actually shut down and delete this facial data?
Score: 46 Votes (Like | Disagree)

IIGS User
Facebook is evil, and I don't believe for one second they're saying they are deleting this information out of the kindness of their heart. They have a reason other than social responsibility.

I also believe beyond a doubt that back ups, secretly stuffed away someplace exists.

None of these companies is actually honest with their users about data privacy, or corporate governance, or social responsibility. None of them do anything for the end user.

You are the product, the shareholders are the ones that benefit. Every time.

DinkThifferent
One company could recognize every seventh person ON THIS PLANET.

Thursday January 27, 2022 10:54 am PST by Juli Clover
The iOS 15.4 beta that was introduced today added a new feature designed to allow Face ID to be used with a mask and without an Apple Watch for authentication. Apple says that the feature can "recognize the unique features around the eye" for authentication purposes. If you opt to use this feature during setup, you will need to rescan your face for Face ID. From there, Face ID will be able...
Read Full Article • 123 comments