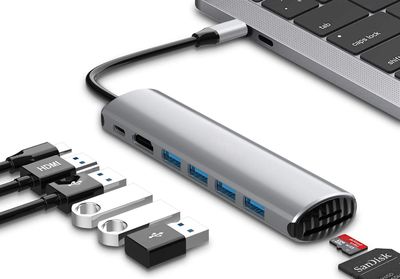 mikesilv
I reported this months ago in the beta, and then there were...crickets.
Score: 33 Votes (Like | Disagree)

If it was not happening before Monterey, one would say it's not a hardware issue.
Score: 26 Votes (Like | Disagree)

baryon
Welcome to the future, where you are forced to use expensive adapters and ridiculously expensive hubs to do just about anything and a software update can just break them without warning... At which point you are of course told to just buy a new, even more expensive one. Just to do things that used to be built into the computer.
Score: 20 Votes (Like | Disagree)

tyr2
As per usual I'll be waiting until at least x.2 before upgrading any machine I use for work. Happy to let more adventurous types work out the inevitable kinks first.
Score: 17 Votes (Like | Disagree)