Apple alongside the second-generation Apple TV 4K debuted a redesigned version of the Siri Remote, which is now available to customers with new ‌‌Apple TV‌‌ orders and as a $60 standalone replacement for the original ‌‌Siri‌‌ Remote. In lockstep with the hardware change, iOS 15 also includes a redesigned ‌Apple TV‌ ‌Siri‌ Remote interface in the Control Center. 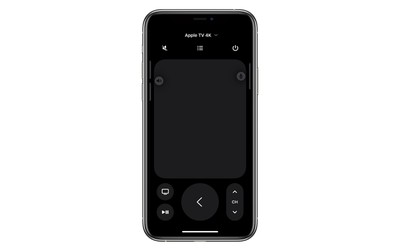 In iOS 14, the current Remote UI takes cues from the previous-generation ‌Siri‌ Remote, with Menu, ‌Siri‌, Play/Pause and Home buttons below a large gesture pad, mirroring the glass touch surface.

Likewise, the new UI in many ways resembles the redesigned new-generation ‌Siri‌ Remote, and now includes Back, Mute, Power, and channel buttons, while the iPhone's physical Side/Power button becomes the ‌Siri‌ button.

Despite these welcome changes in the ‌iOS 15‌ beta, there are still some bugs that Apple needs to iron out to get the new ‌Siri‌ Remote working consistently, so it may not be wise to update to the ‌iOS 15‌ public beta as soon as it becomes available in July just to start using it. ‌iOS 15‌ will be officially released in the fall.

powerbook911
What would the channel buttons be for on an Apple TV?
Score: 8 Votes (Like | Disagree)

Why not a volume button instead of a channel button

You can use the volume buttons of your phone to control the Audio. The new mute button is pretty welcomed tho
Score: 2 Votes (Like | Disagree)

x-evil-x
What about skip back and skip forward? Is there an improved scrubbing control?
Score: 1 Votes (Like | Disagree)

Why not a volume button instead of a channel button

Volume on the side of iPhone
Score: 1 Votes (Like | Disagree)

What would the channel buttons be for on an Apple TV?

I’ve never used any of them but maybe for stuff like YouTube tv, Hulu tv, Sling etc? I don’t even know if those apps operate that way, and why anyone still goes channel to channel instead of using the guide….. Even if so, kind of seems like a smaller case use to have its own buttons but maybe not.
Score: 1 Votes (Like | Disagree)
Read All Comments