Facebook is facing calls from an international coalition of children's health advocates to abandon its plans to build a version of Instagram for kids, reports The Guardian. 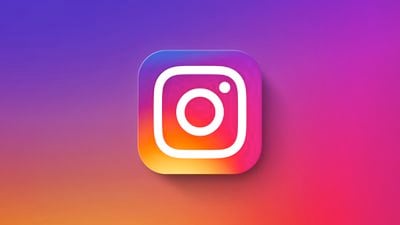 The campaign follows news that broke in March which revealed that Facebook is developing a version of Instagram that's specifically aimed at children under 13. Instagram's current policy prohibits kids under 13 from using the platform.

In an open letter organized by the youth advocacy non-profit the Campaign for a Commercial-Free Childhood, dozens of groups, individual advocates, and researchers call on Facebook CEO Mark Zuckerberg to ditch the plan, arguing that it would put young people at risk and do more harm than good.

A growing body of research demonstrates that excessive use of digital devices and social media is harmful to adolescents. Instagram, in particular, exploits young people's fear of missing out and desire for peer approval to encourage children and teens to constantly check their devices and share photos with their followers. The platform's relentless focus on appearance, self-presentation, and branding presents challenges to adolescents’ privacy and wellbeing.

Younger children are even less developmentally equipped to deal with these challenges, as they are learning to navigate social interactions, friendships, and their inner sense of strengths and challenges during this crucial window of development. Moreover, young children are highly persuadable by algorithmic prediction of what they might click on next, and we are very concerned about how automated decision making would determine what children see and experience on a kids' Instagram platform.

The letter goes on to argue that pre-teens who have established existing Instagram accounts by lying about their date of birth are unlikely to migrate to a "babyish" version of the platform, and that the real target for a kids' version of Instagram is a much younger cohort that doesn't currently use the platform.

Last month, Congress Democrats Edward Markey, Kathy Castor, Richard Blumenthal and Lori Trahan wrote to Zuckerberg to say they had "serious concerns" about his plans to make a version of Instagram for children.

"Facebook has an obligation to ensure that any new platforms or projects targeting children put those users' welfare first, and we are skeptical that Facebook is prepared to fulfill this obligation," the lawmakers wrote.

Eddy Munn
Who in their right mind thought this was a good idea in the first place?
Score: 29 Votes (Like | Disagree)

and 1989 others
Zuck does not care about your kids. Just look at the practices of FB and insta. He wants to start building profiles on them as soon as possible. We are all commodities to him and his companies. The more data and meta data they can mine the more revenue they generate.

It's down to parents to step in and put their foot down. Say NO and educate your kids on the nefarious practices these companies operate.
Score: 11 Votes (Like | Disagree)
Read All Comments