Apple has placed increased emphasis on device trade-ins in the last few years, with the company largely relying on third-party partners for its trade-in program, including Atlanta-based outfit Phobio in the United States. 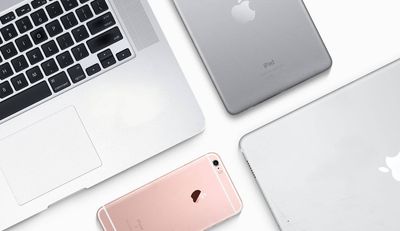 While many customers are satisfied with their trade-in experience, The Verge today reported that there has been an "alarming uptick" of online complaints about Phobio in the last few months. The report claims that many of these complaints have a common theme: a MacBook or iPhone that appears to be in perfect working order, only for the device to have an unexplained issue after being mailed in to Phobio for inspection.

In particular, the report claims that numerous customers have been told by Phobio that their MacBook's display has "three or more white spots," resulting in a significantly lower trade-in offer than Phobio originally quoted.

The report shares one customer's story:

When Daniel McGloin decided to trade in his mid-2017 Apple MacBook in February of this year, he thought he was getting a pretty good deal. The software engineer and San Diego native initiated the trade-in with Apple through the Apple Store mobile app, where he was quoted $350 for his used laptop. He felt it was in pretty good condition, with no apparent damage to the case and a fully functioning display and keyboard. […]

The situation soon changed after his laptop arrived for inspection. Suddenly, McGloin was told his MacBook was worth just $140, less than half what Apple originally quoted. The mysterious culprit: "display has 3 or more white spots," the Apple Store app told him. It’s a defect McGloin doesn't remember ever seeing, and one that he should have noticed: typically, white spots on an LCD display are evidence of serious damage or burn-in and are clearly visible. In McGloin's estimation, however, the laptop was in "excellent" condition, he tells The Verge, and he didn't see any white spots when he packed it up.

The Verge said it inspected McGloin's MacBook in person after he rejected the trade-in offer and could detect no such white spots or any discernible damage.

While any company is likely to have its fair share of customers complaining online, the report says "that doesn't explain the mystery of the white spots," resulting in some "perfectly functional" MacBooks having their trade-in value cut by half or more. The Verge said Phobio would not comment directly on the white spots issue, but the company said it strongly believes in "giving full and fair value" to customers for trade-ins:

We carefully assess each device sent to us, and only change the initial quote if the device we receive or its condition differs from what was initially indicated by the customer. We document our findings at every step of the way with photos that are shared with the customers. The customer can then agree to the revised quote, or if they do not, we express ship it back to them at our expense.

We specifically train our support team to see the trade from the point of view of the customer, with empathy, and to advocate for the customer. If devices are damaged in transit or we make a mistake in the inspection, we seek to fix it immediately. We strongly believe in giving full and fair value to customers for their trade ins. This helps fuel the circular economy, and sustainability, and it is part of our corporate purpose.

As mentioned in the statement, Phobio does allow customers to decline a revised trade-in offer, and they even ship the device back to the customer at the company's expense.

All in all, it's hard to quantify an "alarming uptick" in online complaints against Phobio, since many customers with positive experiences do not speak up. Nevertheless, all of this information is worth keeping in mind if you are considering a trade in.

Apple_Robert
In my opinion, Phobio is scamming people for better profit for them. Apple needs to fire this company immediately.
Score: 80 Votes (Like | Disagree)

Root777
I submitted one of those complaints. I sent in a MB Pro 15", they sent me a message telling me it wasn't worth as much as the initial quote along with a picture of clearly a MB Air! The image was clearly not my Mac. I wrote a complaint but never heard back, a few weeks later they shipped my Mac back.
Score: 40 Votes (Like | Disagree)

rtw07
I sent in an iPhone 11 Pro Max for trade-in that was in perfect condition. Got an email saying the device had a cracked screen and shattered back, offering $0 for the trade. When I asked for the serial number of the device, it didn't match what I sent in. The photos attached to their evaluation showed a shattered iPhone that wasn't even the same color as the one I sent. Eventually got the issue resolved but it took several calls to Apple.
Score: 39 Votes (Like | Disagree)

thadoggfather
People rightly have a phobia of Phobio
Score: 37 Votes (Like | Disagree)

forumwarrior
I was at least two of those complaints. The "3 or more white spots" was exactly the reason Phobio gave to knock $600 off one mid-2018 MacBook Pro, and $350 off a 2015 MacBook Pro. I sold them on eBay for more than the original trade-in quote with no issues. Phobio is obviously running a scam.
Score: 32 Votes (Like | Disagree)

Interesting. I've traded in a couple devices directly at the Apple Store and had no issues. Not sure if I'm missing out on a higher valuation, but I'd much prefer the easy in & out with an Apple GC.

When you trade-in in the store, you get an honest assessment and immediate payment. Phobio isn't used with in store -trade-in.
Score: 29 Votes (Like | Disagree)
Read All Comments