Apple supplier Foxconn today said that it expects shipments to be cut by 10 percent due to the global chip shortage, reports Nikkei. In an earnings call, Foxconn chairman Young Liu said that the first two months of the quarter were okay, but the company "started to see changes happening this month." 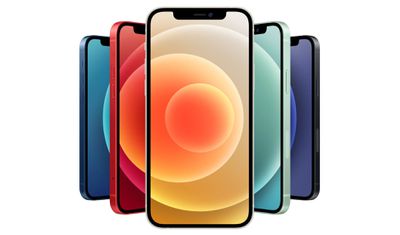 Foxconn did not mention Apple specifically, but it is a major Apple supplier and this perhaps suggests that the ongoing chip shortage will ultimately impact Apple. Foxconn is responsible for much of the assembly of Apple's iPhone models, but it does work with other companies like Google and Microsoft.

Apple has more resources than many other smaller companies that have already been hit by chip shortages, but it could run into trouble sourcing supplies for upcoming devices as the chip issues continue. Foxconn expects the shortage to extend into the second quarter of 2022.

Foxconn will ship 10 percent fewer products than planned, but "the impact on the orders that were secured a long time ago is rather limited," so it's not clear if and when Apple might be affected.

The ongoing chip shortage was caused by supply chain issues that arose during the global health crisis and weather-related events like the freeze in Texas that shut down Austin chip plants. As chip factories struggled to keep up with standard outputs during the pandemic, demand surged as people purchased devices for an at-home lifestyle, leading to higher prices. Electronics companies bought up all available supply, and chip makers are running at capacity.

With manufacturing capabilities limited, chip makers have focused on higher-end chips for smartphones and game consoles rather than the more affordable, less-advanced and less profitable chips used for everyday devices such as cars.

Because of this focus on higher-end manufacturing, the car industry has been most heavily impacted so far, and manufacturers like General Motors and Ford have had to slash production, but major tech companies could also be affected going forward.

im2fast4u
Who’s going to chip in
Score: 8 Votes (Like | Disagree)

iPhone 13 won’t be that great anyway

Small notch, 120hz screens on Pro, Always on LTPO displays, bigger batteries are enough for me.
Score: 8 Votes (Like | Disagree)

ElectricPotato
"the freeze in Texas that shut down Austin chip plants"

Perhaps the plant owners will petition for common sense regulation to make the Texas grid reliable.
Score: 6 Votes (Like | Disagree)

mnsportsgeek
Everyone's impacted. Whoever says they aren't is only saying so publicly while employees work to minize the impact.
Score: 5 Votes (Like | Disagree)

Small notch, 120hz screens on Pro, Always on LTPO displays, bigger batteries are enough for me.

Touch ID would be the selling point for me.
Score: 4 Votes (Like | Disagree)

Thursday March 11, 2021 2:27 am PST by Tim Hardwick
Amid rumors that Apple is working on an Apple-branded car that will come out in the next decade, Bloomberg's Mark Gurman has published an article about Apple's troubled search for an existing automaker partner to build the vehicle, and how the company's more traditional approach to launching new products could better work in its favor. Reports first surfaced in January suggesting that Apple...
Read Full Article • 64 comments

Tuesday April 6, 2021 7:29 am PDT by Sami Fathi
Longtime Apple supplier TSMC is set to begin mass shipments of Apple's upcoming A15 chip for the iPhone 13 ahead of schedule at the end of May, according to a snippet of a full report set to be published tomorrow by DigiTimes. The new chip will be based on an enhanced version of the 5nm process, which first debuted in the A14 Bionic with the 2020 iPad Air and iPhone 12 lineup. While the full ...
Read Full Article • 101 comments