Apple today released the fifth beta of tvOS 14.5, and there are some small but notable changes in the update found by MacRumors contributor Steve Moser. Apple is removing mentions of the "Siri Remote" and replacing them with "Apple TV Remote" across the operating system. 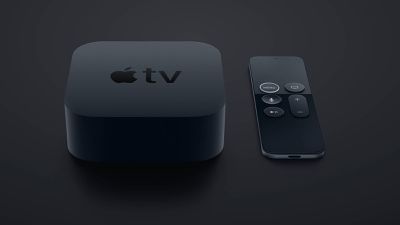 This could be just a general cleanup of the language because there's no real need to refer to it as the ‌Siri‌ Remote anymore, but it does suggest that the next-generation ‌Apple TV‌ remote will not be called the ‌Siri‌ Remote and will have a simpler name.

Apple is rumored to be working on a new version of the ‌Apple TV‌ that's set to come out this year, and it will be accompanied by a refreshed remote control with Find My capabilities. Little else is known about the remote at this time.

tvOS 14.5 also renames the "Home Button" under the "Remotes and Devices" section to "TV Button," but the functionality is ultimately the same and can be set to go to the ‌Apple TV‌ app or the Home Screen. This too could be a tweak made for a future remote.

Earlier betas have introduced support for the latest PlayStation and Xbox controllers, plus frame rate options have been tweaked with Apple now offering 29.97Hz and 59.94Hz refresh rates instead of 30Hz/60Hz.

There's also an optional "Type to ‌Siri‌" Accessibility feature that can be enabled, which mirrors the Type to ‌Siri‌ feature on iOS devices, a new option for choosing "Other Wireless Speakers" as the Default Audio Output, and tweaks to the Podcasts app to bring it in line with the changes introduced in iOS 14.5.

joshseibert
Really hoping for a hardware refresh. I am patiently waiting to replace two Rokus because $179 is just far too much to spend on a box that’s almost four years old.
Score: 14 Votes (Like | Disagree)

carlhancock
Just another reason why I think an Apple TV in a soundbar form factor is coming. The "HomePod with a screen for FaceTime" rumors... them likely moving on from the Siri Remote form factor... both issues that could be solved by having a soundbar that incorporates the Apple TV hardware and a camera for using your TV to do FaceTime calls. The Siri functionality would also be handled by the soundbar. Just makes sense.
Score: 11 Votes (Like | Disagree)

I don't know why Apple didn't make the Siri Remote have just one button -- to activate Siri and give a command. Maybe they were worried people wouldn't want to give up the familiar play and pause buttons.

Hey Siri, pause the video.
One sec...
I’m sorry, I can’t buy that video in the iTunes Store.

Just half an hour ago I asked Siri to play my recently added music on Apple Music. She answered me she can’t find it. Siri is a joke.
Score: 10 Votes (Like | Disagree)

Tuesday April 20, 2021 11:04 am PDT by Juli Clover
Apple today seeded the RC version of an upcoming tvOS 14.5 update to developers for testing purposes, with the new beta software coming two weeks after Apple released the seventh tvOS 14.5 beta. Designed for the fourth and fifth-generation Apple TV, the tvOS 14.5 developer beta can be downloaded onto the ‌‌‌‌‌‌‌‌Apple TV‌‌‌‌‌‌‌‌ via a profile that's installed...
Read Full Article • 6 comments