Ron Okamoto, who has been working as the App Store's developer relations head since 2001, has retired this year, reports Bloomberg. 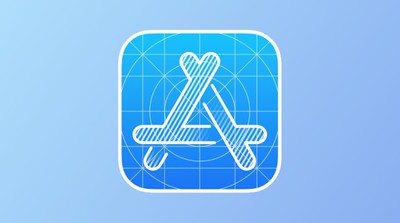 Okamoto will be testifying in Apple's upcoming legal battle against Epic Games, and that court filing is where it was noted that he has since retired from the company. Okamoto will talk about Apple's ‌App Store‌ policies, developer tools, and agreements between Apple and third-party developers.

Okamoto will be testifying ('https://www.macrumors.com/2021/03/20/apple-vs-epic-trial-tim-cook-scott-forstall/') in Apple's upcoming legal battle against Apple

You've heard of "Kramer vs Kramer ('https://en.wikipedia.org/wiki/Kramer_vs._Kramer')"? Check out the sequel, "Apple vs Apple"!
Score: 8 Votes (Like | Disagree)

jessejarvi
What the hell, Apple? Replacing a dev person with a marketing person when the audience is devs is just idiotic.
Score: 7 Votes (Like | Disagree)

Ron Okamoto, who has been working as the App Store's developer relations head since 2001, has retired this year, reports Bloomberg ('https://www.bloomberg.com/news/articles/2021-03-22/apple-s-longtime-app-store-developer-relations-chief-retires').

What the hell, Apple? Replacing a dev person with a marketing person when the audience is devs is just idiotic.

They've done something pretty similar with design. That's what you get when the CEO of the biggest tech company doesn't "do" dev and doesn't "do" design, but would rather do stock buybacks and social justice PR.

It’s interesting that you brought this up. Just over the weekend, I was clearing out my pocket reading list, and came across this article I had saved some time back.

Operational excellence. While Steve Jobs gets all the credit for vision and his role in championing Apple’s products, Tim Cook’s role while Chief Operating Officer where he built a world-class supply chain cannot be overestimated. And the framework from what Cook built starting around 2000 is still the foundation for Apple operational brilliance. Before Cook took over the supply chain, it was a mess. Interestingly, Cook’s role as COO has served him well as a CEO. He is one of the only CEOs in tech that understands firsthand the entire ecosystem of what it takes to build world-class products and still has makes his mark on their current operations and supply chain.

Jobs’ decision to instill his vision and Apple’s cultural identity into his current leadership. One of the more masterful things Jobs did was to invest a great deal of time with key leaders to make sure Apple’s future would be prosperous after he was gone. He was first diagnosed with liver cancer around the 2002-2003 time frame and at that time was faced with his mortality. While he did seek treatment and even had a liver transplant, he knew his days could be numbered. From that point on, he doubled down in tutoring Cook, Schiller, and other top leaders to make sure his vision and the spirit of Apple would continue even if he could not be there to make it happen himself. I have dealt with people at Apple for 37 years, and some of them are still there. They all know the Apple way and what it takes to make Apple successful. That is due to the serious tutoring by Jobs himself in those leaders and is a fundamental reason why Apple has reached this significant milestone.

Tim Cook is clearly no Steve Jobs when it comes to product vision and showmanship, but that doesn’t mean he has learnt nothing from his time working under Steve Jobs, and I feel that he isn’t getting anywhere close to enough credit for the work he does.
Score: 3 Votes (Like | Disagree)

weup togo
The description is backwards. App Store policy & review has always been a subset of the Developer Relations org with Ron as VP, reporting to Phil.
Score: 3 Votes (Like | Disagree)
Read All Comments

Thursday March 25, 2021 5:18 am PDT by Sami Fathi
As it faces a barrage of probes and investigations regarding the App Store and the distribution of apps on its devices, Apple has told Australia's consumer watchdog that developers have "multiple" ways to reach iOS users and claims that they are "far from limited" to simply using the App Store. In a new filing (via ZDnet) responding to concerns from the Australian Competition & Consumer...
Read Full Article • 146 comments

Friday May 7, 2021 12:30 pm PDT by Juli Clover
The ongoing Epic Games v. Apple trial continues to provide insight into Apple's App Store processes, with documents today offering up details on the number of apps submitted to the App Store and rejected by Apple's review processes. Apple received an average of five million app submissions per year between 2017 and 2019, and between 33 and 35 percent of apps submitted were rejected by...
Read Full Article • 53 comments