As reported by Ars Technica, a significant number of Apple device users are being bombarded with spam group FaceTime calls during late hours of the night from people they've never met. 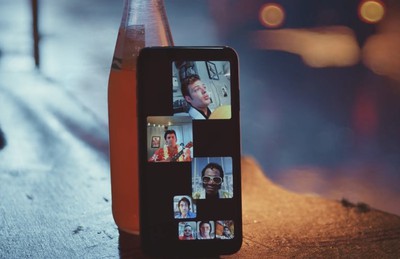 The spammers, or "pranksters," utilize the fact that Apple doesn't provide a setting to accept ‌FaceTime‌ calls only from people within a user's address book. Apple does allow users to block individual numbers, but doing so does not prevent group ‌FaceTime‌ calls, even if the blocked number is in the call. As explained by Ars Technica, some users have been getting inundated with the group ‌FaceTime‌ calls, and as soon as they hang-up, another call comes in.

As described by one Apple Support forum user, the spam calls have been ongoing non-stop, and as a result, they've blocked more than 300 numbers. Another user describes their experience:

Starting around 2 am this morning I began receiving group FaceTime calls from a mix of numbers in my contacts and random numbers I didn't have saved. Since then I've received about 7 more calls throughout the day. The calls only ring once or twice before ending. What's even more interesting is that, after going back through the numbers involved in the calls in the "recents" tab of the FaceTime app, there were more than the 32 total people involved with the highest being 59. The reason I think this happened is that every number was repeated once or twice.

It seems this is not a new occurrence, with posts dating back as far as March of last year complaining about the issue. Unfortunately, there's no current remedy, but hopefully the growing number of users reportedly being targeted will push Apple to provide a solution. We've reached out to Apple for comment and will update this article if we hear back.

yurc
Apple should only allow FaceTime calls from numbers that on your address list, or add option to block contacts which isn't listed on address list.
Score: 20 Votes (Like | Disagree)

centauratlas
AT&T, Verizon, T-Mobile etc need to implement anti-spoofing measures ASAP also. At least with calls though Apple allows you to block unknown numbers. Seems like it should be obvious that this should include FaceTime.
Score: 11 Votes (Like | Disagree)

DanTSX
Nobody even fake facetimes me ?
Score: 10 Votes (Like | Disagree)

At least with calls though Apple allows you to block unknown numbers. Seems like it should be obvious that this should include FaceTime.

I can’t believe it doesn‘t! What a strange oversight.
Score: 9 Votes (Like | Disagree)

cashville2400
Wow, that must be pleasant. Hopefully Apple finds a way to stop it.
Score: 6 Votes (Like | Disagree)

slowpoke
Seems like a cool way to meet new people during the Bunker Era, imo
Score: 6 Votes (Like | Disagree)
Read All Comments

Monday March 22, 2021 12:15 pm PDT by Juli Clover and Steve Moser
Bloomberg's Mark Gurman today revealed that Apple has been developing new speakers that are equipped with "screens and cameras," suggesting we could see a future HomePod-like device that has a built-in display and camera feature for FaceTiming and other functions. Ahead of these rumors, MacRumors contributor Steve Moser was combing through the tvOS 14.5 beta code and found that Apple has...
Read Full Article • 105 comments

Wednesday January 27, 2021 2:41 pm PST by Juli Clover
As people stayed away from travel and celebrated the holidays from their homes this December, Apple saw the highest volume of FaceTime calls ever on Christmas. Apple CEO Tim Cook shared the tidbit during today's earnings call covering the first fiscal quarter of 2021, but he did not give specific numbers on how many FaceTime calls were placed. Online video communication services like...
Read Full Article • 27 comments