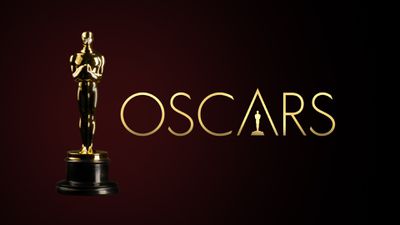 "Greyhound" is up against some tough competition, including the Pixar film "Soul" on Disney+ and the Netflix film "Mank," along with "News of the World" and "Sound of Metal." In the animated category, "Wolfwalkers" is also up against "Soul," in addition to "Onward," "Over the Moon," and "A Shaun the Sheep Movie: Farmageddon."

Apple TV+'s first Oscar nominations are not in major categories, but the streaming service still has a relatively small catalog of films. On the television side, Apple TV+ has seen more success this awards season, with hit comedy series "Ted Lasso" and star Jason Sudeikis winning a Golden Globe Award, multiple Critics Choice Awards, and more.

The 93rd Academy Awards ceremony will be hosted on Sunday, April 25 at 8 p.m. Eastern Time. The awards honor the best films released between January 1, 2020, and February 28, 2021, as chosen by the Academy of Motion Picture Arts and Sciences.

Update: Apple has highlighted the Academy Award nominations in a press release.

"Nothing is more exciting than seeing these unique and meaningful films resonating with both critics and audiences globally," said Zack Van Amburg, Apple's head of Worldwide Video. "We are incredibly proud of what we're building at Apple, and to have these films celebrated in this way — and in such a short space of time — we're humbled and thankful for the artists and filmmakers who have partnered with us."

I'd wager that's way more important to TC than the state of Apple's hardware and software right now.

Yep. That’s why he’s not leading a massive system architecture transition involving creating a world-class CPU team that has beaten the market leader at its own game, while simultaneously creating a workable ability for developers to create differentiated apps for each of its product categories with minimal effort, the holy grail which not even Microsoft managed ever to do.

Because all he cares about is Oscar nominations.
Score: 12 Votes (Like | Disagree)

In some ways, it's always great news for people and organisations to have their hard work recognised. Getting to a world where nominations are driven by the public reception and technical evaluation of work rather than a 'campaign' of 'presentations' and 'gifts' to a handful of people, will add more value to these awards for eventual winners.

Having worked on the VFX on Greyhound its nice to be up for some Awards for the crazy hours we did on that film. shame it was not shown in Cinemas but at least more people got to see it on Apple TV.
Score: 9 Votes (Like | Disagree)

It's all a load of bollocks then. Awards are pointless.

Sure, just public show for self-adulations, nothing more.
Score: 7 Votes (Like | Disagree)

wanha
IMO, Greyhound was like a movie from a past era. Didn't do much for me in 2020.

Wolfwalkers, meanwhile, was extraordinary. Some of the scenes in that film were truly magical.
Score: 5 Votes (Like | Disagree)

Apple didn't actually make Greyhound, did it? It just bought it in a bidding war after it was made. Well done for having deep pockets Apple!

Do you know how many movies Netflix has "bid on and won" and been nominated awards for?

Buying a movie gives you the rights to any award recognition it wins, by proxy. That's how this works.
Score: 4 Votes (Like | Disagree)

Wildkraut
Oscars are not voted by audience, it worth nothing to me, mainly by paid committee and members, the Oscar Clan.
Score: 4 Votes (Like | Disagree)
Read All Comments

Tuesday April 13, 2021 8:32 am PDT by Joe Rossignol
Apple today announced it has green lit the Louis Armstrong documentary film "Black & Blues: The Colorful Ballad of Louis Armstrong" from Brian Grazer and Ron Howard's Imagine Documentaries. The documentary, which will be produced under Apple's first-look agreement with Imagine Documentaries, will be directed by Emmy-nominated Sacha Jenkins. Apple says the film will offer a definitive look at ...
Read Full Article • 27 comments