The Apple TV+ original shows "For All Mankind," "Servant," and "Amazing Stories" have been nominated for Saturn Awards. 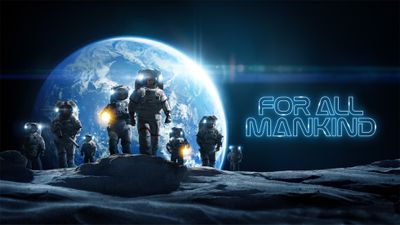 The Saturn Awards have been held annually since 1973, celebrating a wide range of genre fiction film, television, and home media titles. This year, the 46th annual awards include films and TV series released between July 2019 and November 2020.

"For All Mankind" has been nominated for Best Fantasy Television Series, competing against "The Dark Crystal: Age of Resistance," "Locke & Key," "The Magicians," "Outlander," "The Twilight Zone," and "The Witcher."

"Servant" is nominated for Best Horror Television Series, and is up against "Creepshow," "Evil," "Fear the Walking Dead," "Lovecraft Country," "The Walking Dead," and "What We Do in the Shadows."

"Amazing Stories" has been nominated for Best Television Presentation (Under 10 Episodes), contending with "Dracula," "The Haunting of Bly Manor," "His Dark Materials, "The Mandalorian," and "Perry Mason."

There have been 286 nominations in over 40 categories and genres this year. An exact date for the awards this year has not yet been set, but it will likely follow in the next few months.

TheYayAreaLiving ?
I love this series!!!!
Score: 7 Votes (Like | Disagree)

rpmurray
I'm still surprised they get away with a sexist title like "For All Mankind". Revisionist history is a thing now. Get with the program, "For All Gender Neutral Kind".
Score: 7 Votes (Like | Disagree)

Internaut
Apple TV doesn't exactly impress with its breadth of content but For All Mankind really shines. We're getting towards the end of S1 and looking forward to S2.
Score: 6 Votes (Like | Disagree)

Apple TV doesn't exactly impress with its breadth of content but For All Mankind really shines. We're getting towards the end of S1 and looking forward to S2.

Yeah, agreed. For All Mankind is awesome.
Score: 6 Votes (Like | Disagree)

centauratlas
For All Mankind is the best show on Apple TV+. Yeah, there are a few preachy moments, but very few and they are minor.
Score: 4 Votes (Like | Disagree)

macsareveryinteresting
It seems like the show For All Mankind has got pretty far on Apple TV for it to be nominated for the Saturn Awards.
Score: 3 Votes (Like | Disagree)
Read All Comments