IDC: Apple Was Third Largest Seller of Tablets in India in 2020

Apple enjoyed considerable gains in the Indian tablet market last year, growing its market share and increasing shipments by 13% year-on-year, according to data from IDC. 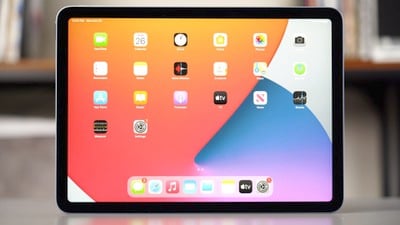 For the year, Apple replaced the local Indian maker iBall to become the third-largest shipper of tablets in the country. Compared to 2019, Apple saw its shipments of the iPad increase by 13%, but still "struggled with stock availability throughout the year."

Apple fell short compared to its closest rivals, however. Lenovo and Samsung, the top two manufacturers for tablets in India, saw their shipments grow by more than 150% each compared to 2019. A significant contributing factor is that both companies offer cheaper, low-end tablets compared to Apple's ‌iPad‌ line.

2020 saw millions of students work from home, and strong ‌iPad‌ and other tablet sales have largely reflected the new learn-from-home reality. Apple released a new low-end ‌iPad‌ during the year, alongside a redesigned iPad Air. The launch of the new ‌iPad‌ models and Apple's online store in India likely played roles in Apple's market share increase.

DelayedGratificationGene
Apple will continue to take market share in unison to India’s development. In other words as India standard of living or buying power continues to increase Apple will take more and more market share from all other competitors. Why? Because it’s the best.
Score: 4 Votes (Like | Disagree)

coolfactor
That's not bad because the sale of cheap Chinese electronics is rampant in countries like the Philippines. You can buy practical look-alike tablets, even falsely branded, for like $25.00. It's insane how they have no shame.
Score: 3 Votes (Like | Disagree)

Yep, also a 13% increase in the face of over a 150% increase by the closets competitors...
Score: 1 Votes (Like | Disagree)
Read All Comments

Tuesday May 11, 2021 7:28 am PDT by Mitchel Broussard
Amazon and B&H Photo are offering solid deals on Apple's 2020 iPad Air lineup, with up to $74 off the 10.9-inch tablet in multiple colors. We're tracking record low prices for both the 64GB and 256GB Wi-Fi models. Note: MacRumors is an affiliate partner with some of these vendors. When you click a link and make a purchase, we may receive a small payment, which helps us keep the site running. ...
Read Full Article • 1 comments

Thursday June 3, 2021 9:50 pm PDT by Juli Clover
Apple is working on a revamped version of the iPad mini that will feature the first design update the smaller-sized tablet has seen in six years, according to a new report from Bloomberg. The updated iPad mini will feature narrower screen bezels, with Apple also testing a design that does away with the Home button. We've heard several prior rumors about Apple's work on a new version of the...
Read Full Article • 139 comments

Tuesday March 9, 2021 4:40 am PST by Tim Hardwick
Apple will soon start flagship iPhone 12 production on Indian soil for local customers, the company said on Tuesday (via Punjab News Express). "We are proud to be starting production of iPhone 12 in India for our local customers," Apple told the Indo-Asian News Service in a statement. "Apple is dedicated to making the best products and services in the world to delight our customers," the...
Read Full Article • 18 comments