Safari features support for WebM video playback in the second beta of macOS Big Sur 11.3 Beta, indicating that Apple's browser will finally support the format after failing to do so for almost 11 years. 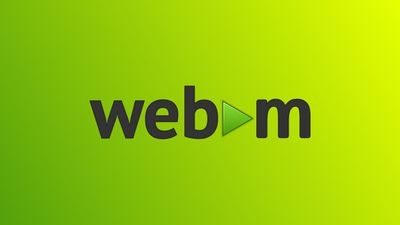 The added functionality, first spotted by The 8-Bit, allows users to play WebM videos in Safari for the first time.

WebM is a video format designed to be a royalty-free alternative to the H.264 codec used in the MP4 format. WebM allows video files to remain small without sacrificing quality excessively, and can be played with little processing power, making it ideal for webpages and browsers.

WebM was launched by Google in 2010, but has never been supported in Safari. This meant that Safari users have been forced to download WebM content and play it in a compatible media player, or simply use another browser such as Google Chrome or Mozilla Firefox.

Today, WebM is among the more niche video formats, primarily being used on sites such as imageboards and forums. It is also often chosen for its support for transparent video playback.

In 2010, Steve Jobs implied that WebM was "a mess" and "not ready for primetime." It is unclear why Apple has finally deemed WebM a format worth supporting 11 years after its launch, but it may be partially due to the fact that Apple officially backs the H.264 codec.

WebM also has a sister project called WebP for images. Last year, Apple added support for WebP in Safari 14, so the company's approach to more niche media formats appears to be softening. WebM support still appears to be unavailable on iOS, but in light of these developments it would be unsurprising if Apple's WebKit engine added support for it too in due course.

Bokito
The webm version 11 years ago was based on VP8 or maybe even an earlier codec. Today's base codec is VP9. That's a big difference. I think Apple is just forced by Google's dominance with YouTube and users wanting 4K video. People don't accept running 1080p on their 5K iMac anymore.
Score: 15 Votes (Like | Disagree)

mdnz
4chan users are rubbing their hands together now
Score: 10 Votes (Like | Disagree)

The format already existed and is used. Just Safari was a crippled browser that couldn't view it. Now that's been fixed.

I'm curious what objections Jobs had 11 years ago. Does someone more in-the-know about the format know of improvements that have been made since then?
Score: 6 Votes (Like | Disagree)

4chan users are rubbing their hands together now

They don’t have Macs. They spent all their money on cheese pizza webm format videos, over priced GPUs and lost their money on pump n dumps. Elon and his Bois took the money and ran laughing...and they will do it again and again
Score: 5 Votes (Like | Disagree)
Read All Comments

Tuesday January 18, 2022 8:33 am PST by Tim Hardwick
Aerial, the popular open-source screen saver that lets you play Apple TV screen saver videos on Mac, has received an annual update that brings some notable new features and possibilities opened up by macOS Monterey. First up, Aerial 3 brings full support for all the videos that tvOS 15 brought to Apple TV, including Grand Canyon and Patagonia, but also the latest Iceland and Scotland videos...
Read Full Article • 38 comments

Wednesday September 22, 2021 3:46 pm PDT by Dan Barbera
If you just recently installed iOS 15, you may have noticed that Safari has some significant design changes, but there are also a ton of new features you might not have noticed. Subscribe to the MacRumors YouTube channel for more videos. In our latest video, we walk through everything that's new in Safari, and it's well worth watching if you want to get the most out of Apple's browser. Make...
Read Full Article • 37 comments

Friday October 1, 2021 10:50 am PDT by Joe Rossignol
Apple on late Thursday seeded the first beta of Safari 15.1 for macOS Big Sur and macOS Catalina to developers for testing. Safari 15.1 beta is also included in the eighth beta of macOS Monterey seeded earlier this week. The release notes for the Safari 15.1 beta are largely recycled from the initial release of Safari 15, but in our own testing, the beta appears to fix an issue where...
Read Full Article • 55 comments

Friday February 25, 2022 7:39 am PST by Hartley Charlton
Apple requires all apps that browse the web in iOS and iPadOS to use its own browser engine, WebKit, but amid accusations of anti-competitive conduct, should it continue to effectively ban rival browser engines? Big tech has been gripped by accusations of anti-competitive conduct in recent times, with Chief Executive of the UK's Competition and Markets Authority (CMA) Andrea Coscelli...
Read Full Article • 464 comments

Monday December 5, 2022 11:44 am PST by Juli Clover
Due to production issues at Apple supplier factories in China, the iPhone 14 Pro and iPhone 14 Pro Max are backordered and basically out of stock at every store. If you were planning to gift or receive an iPhone 14 Pro model for the holidays and didn't already get one, you're basically out of luck because they're gone until late December. Subscribe to the MacRumors YouTube channel for more ...
Read Full Article • 163 comments