Apple Maintained Its Dominant Share of the Wearables Market in 2020

Apple maintained a strong lead in the true wireless headphones market in 2020, with its popular AirPods making up over a quarter of all shipments, based on a new report. 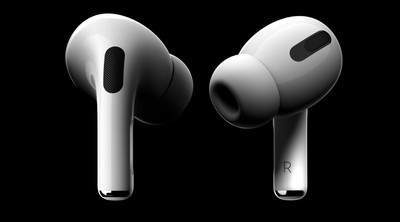 According to Counterpoint Research, Apple products comprised 29% of true wireless stereo (TWS) shipments in Q3 2020, while its Apple Watch made up 28% of all smartwatch shipments. With respect to the wearables market – divided into five segments, of which earwear and wristwear comprise the majority of devices – Apple consistently outperformed the competition, despite its products typically costing more than rival offerings.

That said, budget offerings still showed big potential, with Xiaomi consolidating its number two spot in the rankings with a 13% market share, while half of the top 10 were budget brands with sub-$50 and even sub-$20 offerings.

Counterpoint Research expects the wireless headphones industry to grow 83% to 238 million units this year, thanks in part to the lack of a headphone jack on smartphones and the removal of earbuds from smartphone boxes – trends that Apple inaugurated.

"The trend around removing jacks and earphones from devices and boxes is becoming a big driver for TWS segment growth," said Counterpoint Research senior analyst Liz Lee. "It also helps that mobile media consumption continues to grow, making TWS the next must-have accessory."

Counterpoint believes that the global health crisis has contributed to increased consumer interest in health and fitness, which is likely to help the smartwatch market grow further. "We expect low double-digit growth through the medium term – possibly higher if average selling prices decline quickly," said Lim.

bobob
Remember how many MacRumors forum members ridiculed ('https://forums.macrumors.com/threads/apple-debuts-wireless-airpods-with-5-hours-of-music-playback.1992227/') AirPods when they were released? Good times.
Score: 6 Votes (Like | Disagree)

wesley96
It should be fairly obvious, but Apple dominating the market despite being the premium brand speaks volumes (no pun intended). Like the smartphone market, Apple is the one raking in the profit, leaving others to scramble for scraps.

And to think, AirPods were mocked back when they were first introduced. Kind of like that other wearable, Apple Watch.
Score: 4 Votes (Like | Disagree)

It should be fairly obvious, but Apple dominating the market despite being the premium brand speaks volumes (no pun intended). Like the smartphone market, Apple is the one raking in the profit, leaving others to scramble for scraps.

And to think, AirPods were mocked back when they were first introduced. Kind of like that other wearable, Apple Watch.

Keep in mind that Apple centric tech blogs have become the domecile of the Apple hater crowd. The overwhelming majority of MacRumor’s comments sections tend negative on every story or report about the company. So it should be no surprise that the disconnect from the real world is so striking.
Score: 2 Votes (Like | Disagree)

Unggoy Murderer
I wasn't on-board with wireless headphones before, but the 1st-gen AirPods changed my mind.

How easily the AirPods work between devices is the reason why I'd buy them again, it works flawlessly 99/100, and I can forgive that one odd case that maybe needs some intervention. Several friends have bought wireless headphones from Sony, Bose, etc, and they've all said that the audio switching is far less reliable, and the thing they miss the most.

Maybe worth noting, I also have a set of Bang and Olufsen H9i's, and they work really well between devices too.
Score: 1 Votes (Like | Disagree)

Sometimes is maybe due to not having it. I was given an Apple Watch SE for Christmas, I didn’t know I needed this... I knew it was ok at the very beginnings but wasn’t too convinced for me, then heard many people state their own experiences then after being given one, well, its great and, as usual, it’s genius how well it integrates with everything else, unlocking your macs, unthetered podcast/music/fitness-tracking/applepay/etc. The UI/UX clearly has some insane thought to make it work in such a tiny screen.

Same with AirPods Pro and then the dreaded AirPods Max, once I got them can’t go back now.

I would like to let you know that we've gathered an intervention on your behalf, and that your family will welcome you back with no questions asked, if you'll please just leave this dodgy Apple group you've joined.

JosephAW
Yes but what percentage is AirPod vs AirPod Pro. I’m a on ear customer and don't like anything in ear anything:rolleyes:
Score: 1 Votes (Like | Disagree)
Read All Comments