The ninth-generation low-cost iPad that Apple is expected to debut in 2021 will feature a design that's based on the third-generation iPad Air that Apple introduced in 2019, reports Mac Otakara, citing Chinese supply chain sources. 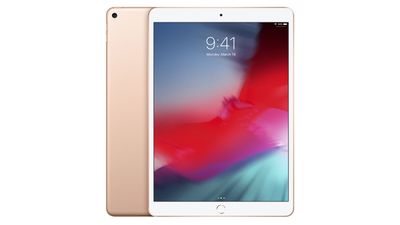 The display size is expected to remain the same at 10.2 inches, but it will be "significantly thinner" at 6.3mm. The current eighth-generation ‌iPad‌ is 7.5mm thick, so a 6.3mm chassis would mark a significant design change. It is also expected to be lighter at 460 grams vs. the current 490 gram weight.

Mac Otakara says that the device will continue to feature a Touch ID Home button and a Lightning port, with Apple declining to transition to USB-C. It is expected to have a full-lamination display, anti-reflective coating, P3 wide color support, and True Tone.

In addition to the ninth-generation ‌iPad‌, Mac Otakara has some detail on the next-generation iPad Pro models. Mac Otakara says that the upcoming refresh will not see the changes to the display size or the housing, but the A-series chip performance could be "significantly improved."

Mac Otakara does not mention the rumored 12.9-inch ‌iPad Pro‌ model that is expected to have a mini-LED display, which suggests that this is going to perhaps be a standalone high-end model sold alongside updated ‌iPad Pro‌ models that are getting a more standard refresh. Many ‌iPad Pro‌ rumors we've heard to date have also focused heavily on the 12.9-inch model and have suggested that this will indeed be a higher-end version.

Back in December, a rumor from Chinese website cnBeta echoed much of what Mac Otakara had to say today, but claimed that the next-generation ‌iPad‌ will have a 10.5-inch display, an A13 Bionic chip, and 4GB RAM.

That rumor suggested that the new ‌iPad‌ could perhaps see reduced pricing, with Apple selling it for $299 rather than $329. The ‌iPad‌ refresh has been rumored for the spring of 2021, but that may be an optimistic estimate as the eighth-generation ‌iPad‌ was released in September.

Lounge vibes 05
This really should be called the iPad SE, because that’s exactly what it is.
Take an old iPad design that was recently discontinued, in this case the 10.5 inch footprint, and update the specifications, lower the price, and boom!
The same thing that they do with the iPhone SE series, take an older design, the iPhone 5s or the iPhone 8 design, put a new processor in there, and that’s it.
Score: 17 Votes (Like | Disagree)

Blackstick
The $329 (often $299) iPad is a gem in Apple's lineup. It's a great value for the money. And the easiest way for people to get into the Apple ecosystem, at this point. Thinner/lighter is always good.
Score: 14 Votes (Like | Disagree)

Zoboomafoo
This sounds awfully unlike Apple.
Score: 11 Votes (Like | Disagree)

This thing with an A14 would be a heck of a budget iPad... here's hoping they skip the A13.

Agreed for sure, here's to hoping it's an A14. But my guess is, they don't want the same CPU in the budget iPad that the more expensive iPad Air already has.
Score: 7 Votes (Like | Disagree)

Return Zero
This thing with an A14 would be a heck of a budget iPad... here's hoping they skip the A13.
Score: 6 Votes (Like | Disagree)
Read All Comments